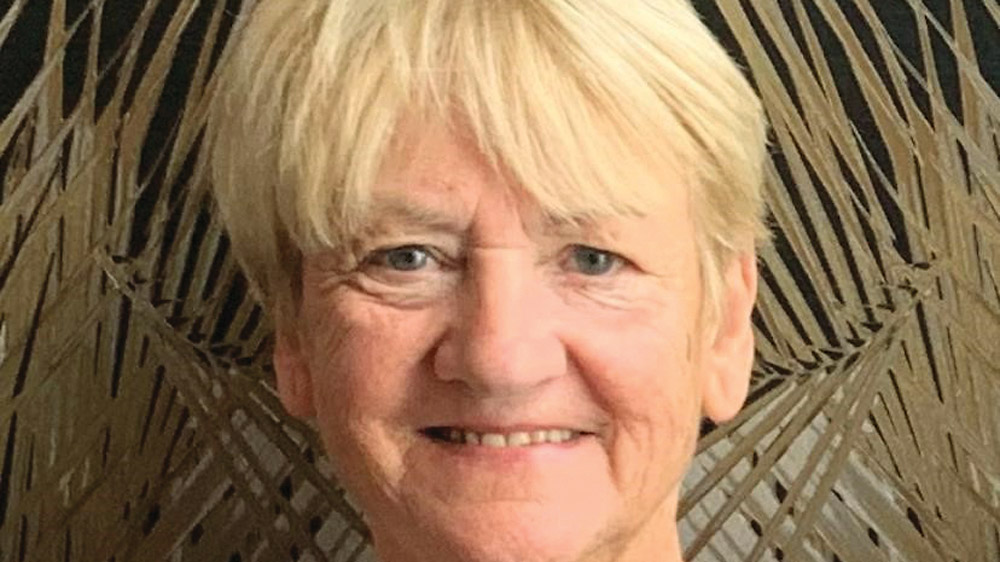 Una ‘made a difference in a lot of people’s lives’

A BELOVED community leader, who was a key figure in GAA circles and a consummate home carer, has been remembered as having “made a difference in a lot of people’s lives” and “constantly standing up for the underdog”.

Una Connolly (68) was laid to rest in Saggart Cemetery on Saturday, July 30.

A native of Kiltalown Cottages in Jobstown, Una’s parents Johnny and Agnes Reardon were involved in Thomas Davis GAA club and she developed a grá for gaelic games there.

After moving to Lanndale Lawns in 1975, Una continued to foster her love of the games, and in particular hurling, in St Mark’s GAA club following its establishment.

Over the years, Una became an instrumental figure in the running of the academy and juvenile sections in the Springfield-based club and years later, she answered a calling to “return home” to Thomas Davis.

“Una was heavily involved in the GAA throughout her lifetime as she helped mentor teams and was involved in a host of club activities including the healthy club which she help set up,” a statement from Thomas Davis GAA reads.

Una and her husband Christy sponsored a tournament in memory of her late brother, Christy Reardon, who was a groundsman in Thomas Davis for many years.

Throughout her life, Una was always an incredibly friendly person to be around and was always up for a chat with whoever she crossed paths with.

“I can’t stress it enough that Una really had a great love of both St Mark’s and Thomas Davis GAA Clubs. She was mad into the hurling, and loved the Dubs,” Christy Connolly, Una’s husband, tells The Echo.

“Una was a brilliant caring person. She wouldn’t pass anyone by without greeting them or stopping them to making enquiries into how they were getting on.”

That caring nature is something which Una turned into a career through her work as a home carer with Trustus Senior Care over a 32-year period.

Between the jigs and the reels, Una became somewhat of an advocate for the elderly with her campaigning of local elected representatives for better services.

Cllr Mick Duff was no stranger to the mother-of-two, having worked with her in Trustus and recognised how she went above and beyond the call of duty.

“Una was one of life’s magnificent creatures. She was full of passion, and she constantly stood up for the underdog such was her caring nature,” Cllr Duff, who is chairperson of the board in Trustus, tells The Echo.

“Una really went above and beyond the work that she was contracted to do in Trustus Senior Care, whether that be picking up the phone to call the family of someone or go and do someone’s shopping.

“She had a great sense of justice, and really did not like injustice in any shape or form.

“Una could tell you in a heartbeat if she felt that the services weren’t good enough or if something wasn’t being done quick enough, and she’d equally be the first to pick up the phone and say thanks when something was done.

“She could put a smile on your face in an instant, we are heartbroken for her here in Trustus, she had so many plans.

“There is only one Una that comes along in a lifetime, and she made a difference in a lot of people’s lives.

“Our sincere and deepest sympathies to the Connolly and Reardon families, her loss will be felt by her Springfield community and the greater Tallaght community of which she serviced for so long.”

Una had been formally recognised for her efforts at the 2008 Tallaght Person of the Year Awards and retired last November after more than three decades working as a carer.

After being diagnosed with cancer in January, Una died on Wednesday, July 27 and a funeral mass was held at St Mark’s Parish Church on Saturday.

Una is survived by her beloved husband Christy, children James and Sarah, and grandchildren Chloe, Grace, Ellie, Adam and Aaron.