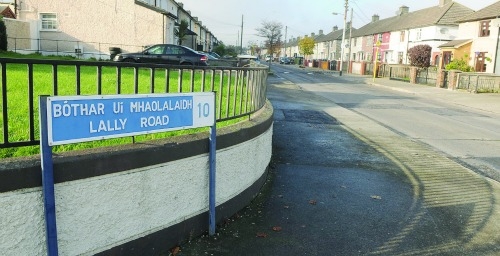 Pensioner has stroke after house ‘destroyed’ while attending mass

AN ELDERLY lady who returned from Mass to find her house ransacked had a stroke and was hospitalised as a result of the ordeal.

The Ballyfermot pension-er, who lives on her own in Lally Road, was so upset and shaken on seeing the damage inflicted on her home, that she ultimately required an ambulance.

The horrifying tale was recounted at the Ballyfermot Policing Meeting by former Labour Cllr Sheila Howes.

She said the resident went to Sunday morning Mass a few weeks ago and found the “house destroyed” upon her return.

“She had a stroke and is in hospital now,” said Mrs Howes, who said Lower Ballyfermot residents are concerned about a “rise in burglaries.”

Supt Connolly said: “I can only sympathise for an elderly person at this stage of her life. Many burglaries are done by locals.

“Neighbourhood watch and community watch are good schemes, but nothing beats being a good neighbour.”
A number of residents from Lower Ballyfermot at the meeting feel most of the garda resources are focused on Cherry Orchard.

“We do get spikes [in crime] and we deploy the best we can,” said Supt Connolly.

“At the moment we are slightly down in residential burglaries. There have been major problems in Cherry Orchard and Croftwood – it’s about a spread of resources.”

Supt Connoly made “no apologies” for a large garda presence in the area over Halloween – a time of year which has improved immeasurably in recent years, thanks to a more robust and pro-active approach by Dublin City Council.