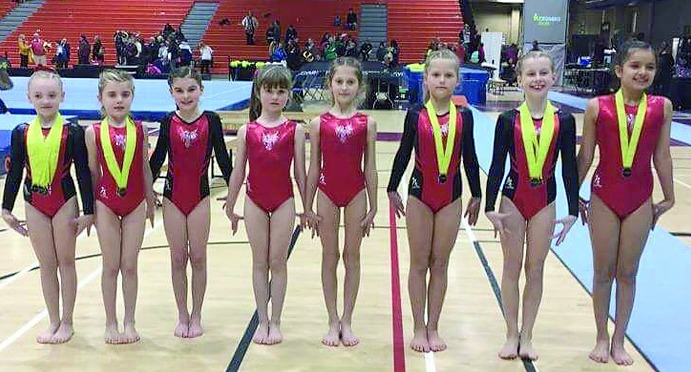 MEMBERS of Phoenix Gymnastics Club turned in some strong performances in the final competition of the Gymnastics Ireland National Series – the Girls Level 2-4 Regional and National Apparatus Championships in Limerick.

The club emerged from the event with two national champions, six national medallists and 44 medals across the age groups.

Brooke Taaffe was crowned National Vault champion at Level Two Under 8 with Neva Orlovic following suit in the Floor at Level Four Under 9 where she also finish runner-up on the bars.

“All of the Phoenix gymnasts have come on a long way in the last year, with some making over five marks improvement in the All-Around competition, and many hitting personal bests over the last two competitions.

“This would not have been possible without the hard work by the gymnasts, but also the coaching team that has been making big efforts to build a platform for the club to continue to improve and grow over the next years,” he added.