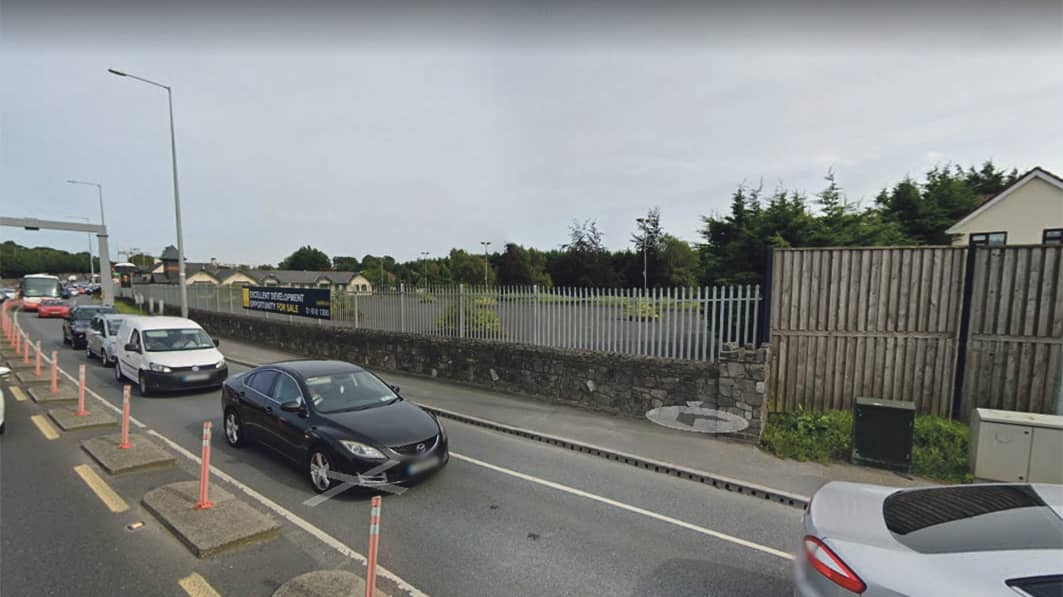 PERMISSION is being sought for the development of four apartment blocks – including one 20-storey above podium block – on lands adjacent to the Foxhunter Pub in Ballydowd, Lucan, with a local politician describing the move as “an insult” to the council’s planners.

The subject site is zoned for a retail warehouse, which came about when Avoca previously planned to set up a business there, and as a result of the site not being zoned for residential purposes, Fox Connect could not lodge the plans as a Strategic Housing Development.

Fine Gael TD for Dublin Mid-West, Emer Higgins, said: “This site it is not zoned for residential purposes. Back in 2015, I worked with former councillor William Lavelle to get the zoning for this site changed to retail warehouse to allow for Avoca to set up business there, therefore creating lots of local job opportunities.

“Retail warehouse zoning does not allow for residential on the site – plain and simple!

“The dwellings nearby, for example in Hermitage and other adjacent residential areas, are all two-storey in height and there is a general restriction limiting developments in this area to two-storeys in the County Development Plan.

“This means that a 20-storey block of apartments would be totally out of character for this established residential area.”

Deputy Higgins added that the planning application “is an insult to the planners and it should be refused out of hand”.

Two public meetings were held in recent weeks by a local residents’ group from Hermitage and Fianna Fáil councillor Shane Moynihan in relation to the plans, which have been met with disquiet in the area.

Independent councillor for Lucan, Liona O’Toole, told The Echo: “The residents in Hermitage have put together a campaign against the plans and they’re going to seek support from the community, as this is something that would affect all of Lucan.

“I’ve never seen an attempt before by a developer to propose a 20-storey development in South Dublin County.

“It’s a huge concern for people who live in Lucan – such a design would be completely out of sync with the rest of the area.”

In the plans, it is stated that 67 per cent of the apartments will be dual aspect and all will have balconies or private open space.

Construction of a semi-basement/full basement car park for 97 cars, bin and bicycle storage and plantrooms, with two-way access ramp, and 328 bicycle parking places dispersed throughout the development, are included.

Provision of roof plantrooms, green roofs and photovoltaic panels on each apartment block forms part of the plans.

A decision on the application is due from South Dublin County Council by December 9.