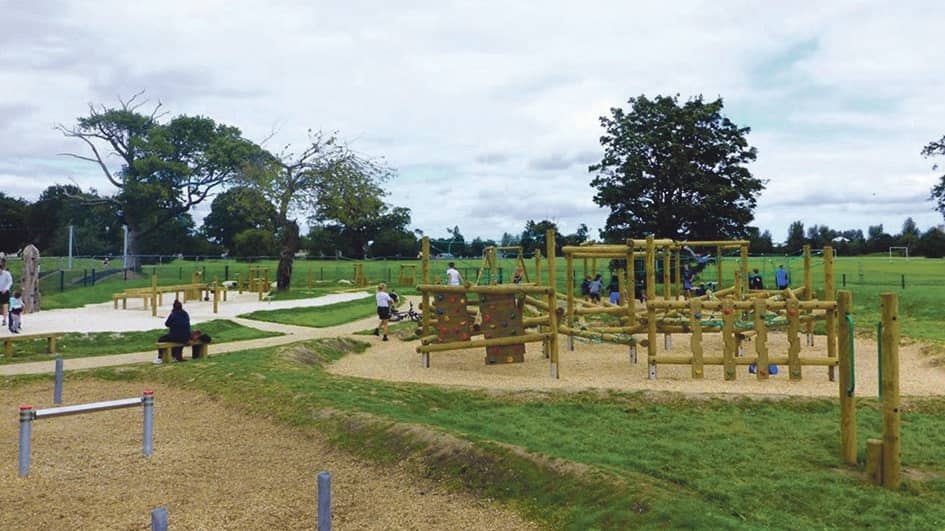 Playground to make a difference

THE opening of a new playground in Collinstown Park in Clondalkin will make “a huge difference” to the area, according to a local councillor.

The amenity was opened last Wednesday, after South Dublin County Council spent several months consulting with local residents to gauge what their expectations were.

Guss O’Connell, an Independent councillor for Fonthill-Palmerstown, told The Echo: “In the last six to 12 months there has been a lot of consultation with the community about the playspace.

“I feel that it’ll make a huge difference in the area, because we don’t have enough facilities for young people and then we blame them afterwards for mischief and anti-social behaviour.

“It’s an excellent play area, and it’s part of the council’s policy to retrofit and give amenities to areas that were built in a different era.”

In a social media post announcing the completion of works and the opening of the playground, the local authority stated: “Local children have been looking longingly through the fence for a few weeks so it is fantastic to have the facility open and to see it being used.

“The playground offers a range of play equipment and natural play for children up to 12 years old including many accessible play features.

“Many thanks to the playground company All-Play and to all of the local people who worked with the council to bring this about.”

The completion of the new playspace is one of several plans that the council has for the park, with a dedicated teen-space for teenagers to hang out in and Dublin’s first Parkour area being expected to be developed in the park in the near future.

SDCC stated that these developments are “aimed at improving the lives of young people and families in the area”.