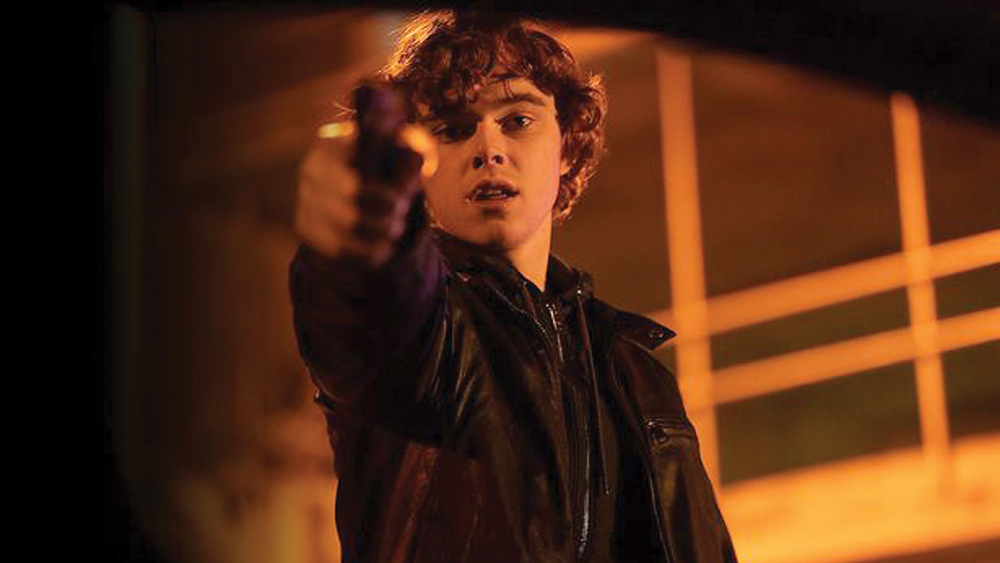 Ben handling a gun on the set of ‘Kin’

RTÉ’s hugely popular gritty crime drama ‘Kin’, the story of a fictional Dublin family enmeshed in a gangland war, has been pulling in viewers in their thousands.

While this isn’t the 21-year-old actor’s first foray into performing – he also has credits in ‘Sing Street’ and ‘I Kill Giants’ – it’s the first time he’s taken on a role of this nature.

Ben, who is a past pupil of Drimnagh Castle, told The Echo about how appearing in ‘Sing Street’ was instrumental in his decision to pursue a career in acting.

He detailed his initial uncertainty about being cast as a hitman and how he prepared for the role.

When was your first time being in front of a camera?

When I was growing up, from about the age of 12, I did a lot of work with RTÉ Kids. But my first memory of being in front of a camera was for ‘The Late Late Toy Show’ in 2010.

Was there a particular role or experience you had that cemented your resolve to pursue a career in acting?

It was definitely after I finished ‘Sing Street’ that I got the itch for acting. I had so much fun filming it. After filming, it was like I found a way to express myself, so I knew it was for me. 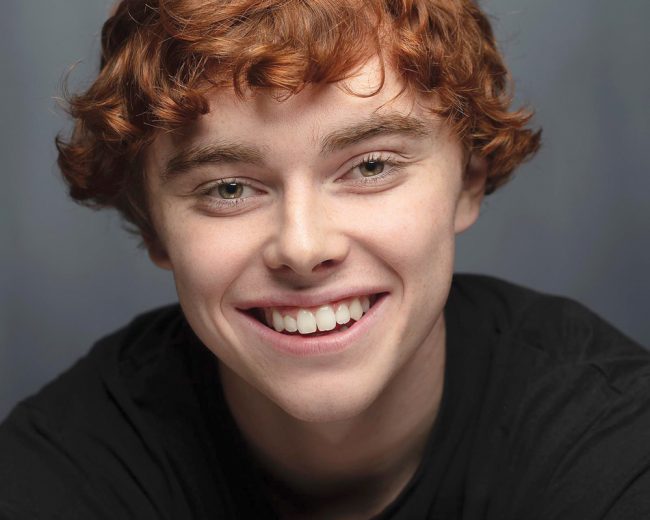 You’ve appeared in theatre productions, films and TV shows. Do you have a favourite medium to perform in?

I would definitely say my favourite medium to perform in is film. It really intrigues me, the way you can get across a feeling or expression with sometimes just your eyes or a subtle movement, compared to stage, where most of the time you have to be quite loud and nearly go over-the-top with your expressions.

You made your feature film debut in ‘Sing Street’ in 2016. How did you feel when you first saw yourself on the big screen?

When I think back on seeing ‘Sing Street’ for the first time, it brings back such good memories.

I first saw it at the Dublin premiere, with my family and everyone who we filmed with, so that made it even more special.

You play hitman Glen Wright in RTÉ’s hugely popular crime drama ‘Kin’. Can you remember where you were, and what your reaction was, when you found out you got the part?

When I got cast in ‘Kin’ I was working in a hotel at the time. When I read that I had been cast it said ‘pencilled in’ for the role, so in my head I wasn’t sure I was 100 per cent cast.

I remember googling the definition of ‘pencilled in’ and everything. It had been a while since I was cast in anything so I was just really excited to get back to it.

What were your expectations when you started portraying the role of a hitman, and how did you prepare for it?

I originally read for two different parts in ‘Kin’, so when I got cast and I read my character’s description I thought maybe I had been sent the wrong character brief.

Then, after I realised it was for me, I started to doubt myself that I would be able to play this intimidating and scary character.

But I just had to remind myself that Louise Kiely had cast it, and I have full faith in her and her team as casting directors, so then I knew I was right for the role.

A lot of the preparation I did for Glen was a lot to do with facial expressions.

After I read the scripts, I realised that I didn’t have many lines so that I would have to get my feelings and emotions across with just my face, and sometimes just my eyes, as I was wearing a balaclava sometimes. I also went back and watched Irish crime dramas to see how they held a gun.

How do you feel about the response ‘Kin’ has received?

I’ve been blown away by the response to ‘Kin’. Of course, I knew it was going to go down well with the quality of cast and crew behind it, but I was still surprised with the numbers of people tuning in each week.

Do you know if ‘Kin’ will return for a second series?

I don’t know if ‘Kin’ is coming back for season two yet – but I can’t see why it shouldn’t.

The first series of ‘Kin is out now on the RTÉ Player.