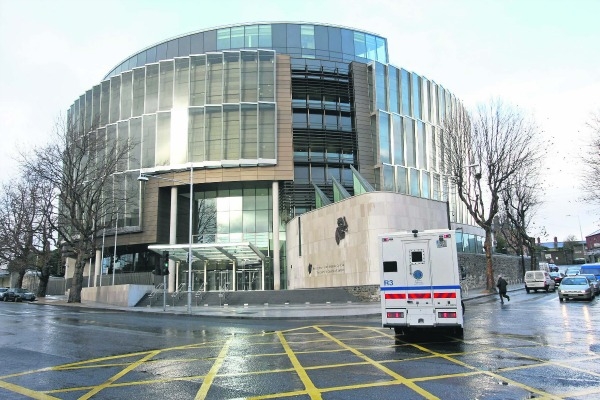 A plumber who helped steal over €80,000 worth of firefighting equipment, including life-saving rescue tools like the Jaws of Life, has walked free after being sentenced to time served.

Ross Glynn (31) has been in custody since July after he was arrested on a visit home to Ireland from New Zealand. The court heard he fled abroad after his arrest for the burglary in 2010.

A garda told Dublin Circuit Criminal Court on Wednesday that although Glynn’s whereabouts were known since 2010, he remained at large because Ireland has no extradition treaty with New Zealand.

Judge Martin Nolan said he accepted Glynn was planning to emigrate anyway, but that he should have remained in the country when granted bail following his arrest.

He noted Glynn worked as a plumber while abroad and had stayed out of trouble since the burglary. Judge Nolan imposed a four-month sentence which he backdated to when Glynn went into custody in July, meaning he is now a free man.

Glynn, of Glenaulin Green, Palmerstown, pleaded guilty to burglary at the Dublin Fire Brigade Workshop in Grangegorman Lower on August 28, 2010. His co-accused, Darren Snee of Oak Court Close, Palmerstown, was sentenced to three years with 28 months suspended for the same offence.

Snee stole a key fob to gain entrance to the workshop from his father who worked there. After his arrest, Glynn told gardaí he thought Snee had permission to take the equipment and only suspected it was a burglary after Snee told him he could take whatever he wanted.

Detective Sergeant Denis Ellard agreed with Justin Quirke BL, prosecuting, that it was “quite clear” Glynn knew exactly what was going on.

The pair took €82,512 worth of equipment from the workshop, including motor parts used to repair emergency vehicles.

They also took rescue equipment like Jaws of Life and grinders. Snee later sold the equipment for €600 and Glynn received €300.

Snee was arrested after his father saw the CCTV footage and recognised him. Glynn was caught shortly afterwards.

Det Sgt Ellard said that Glynn was granted bail and fled to New Zealand soon after. The detective arrested him in a Palmerstown pub earlier this year after receiving a tip-off that he would be home for a family event.

The court heard Glynn came from a good family and has no previous convictions apart from three road traffic offences.

Judge Nolan said he accepted he was unlikely to re-offend.