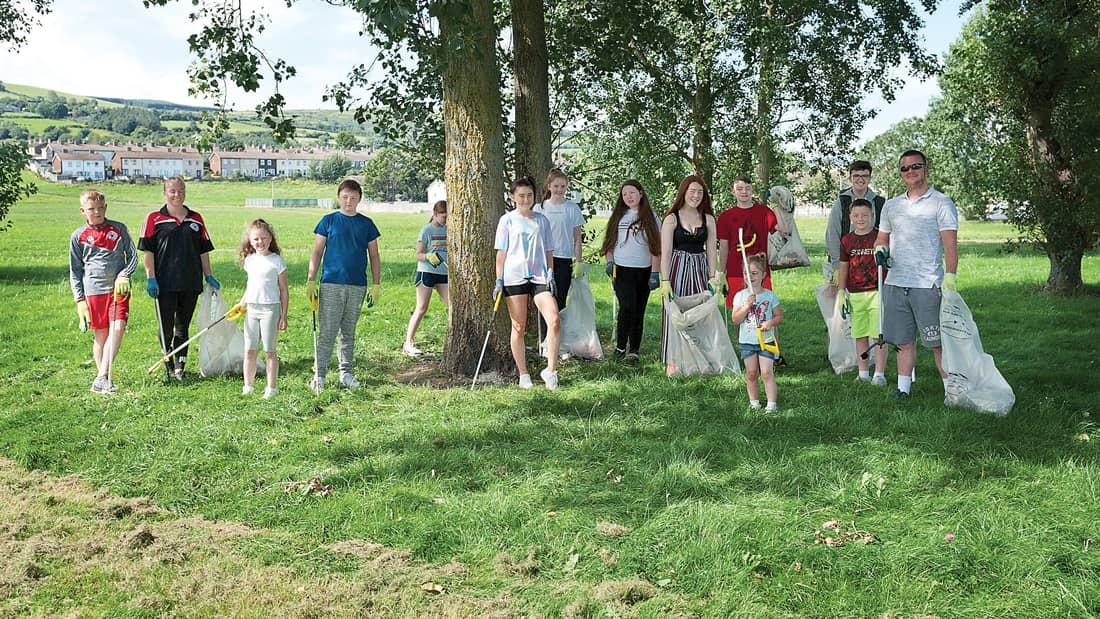 Pride in their park!

MORE than 50 community volunteers united last Saturday to clean Killinarden Park and its stream, a record turn-out of volunteers, who together recovered a record haul of rubbish.

The Whitestown Stream meanders through Killinarden Park as it makes its way down into the Dodder, with the park and its water an important wildlife corridor – and public amenity for local residents and clubs.

Organised by Tallaght Litter Mugs, the clean-up was galvanised with huge support from Croi Ro Naofa GAA club, which has pitches in the park.

Taking to Facebook after the clean-up, John Kiberd of the Tallaght Litter Mugs wrote: “Fifty-four people on a mission to do something positive and, boy, what an impact.

“A record turn-out produced a record haul of all kinds of rubbish.

Nina and Hugo helping out with the Killinarden clean-up

“That’s the downside of [the clean-up], but I’m not going to dwell on it.

“On behalf of all of the groups and individuals involved I want to extend our thanks to the outstanding welcome and hospitality shown by the members of Croí Ró Naofa GAA.

“The young people that got stuck in today are a credit to the club and the area.”

Speaking with The Echo this week, John said that all sorts of rubbish was recovered, including mattresses, the site of an old bonfire, scooters, bikes, car parts, cans and bottles.

According to Dodder Action, more than 70 bags were filled and around three tons of rubbish removed from 700m-stretch of water and adjoining parkland.

The Litter Mugs are inviting communities right across Tallaght to get in touch if they would like to organise a clean-up in their area.

According to John, the idea is for locals to take ownership of their area or a piece of land.

“When people see people from their own community picking up rubbish, they are less likely to dump,” John said.