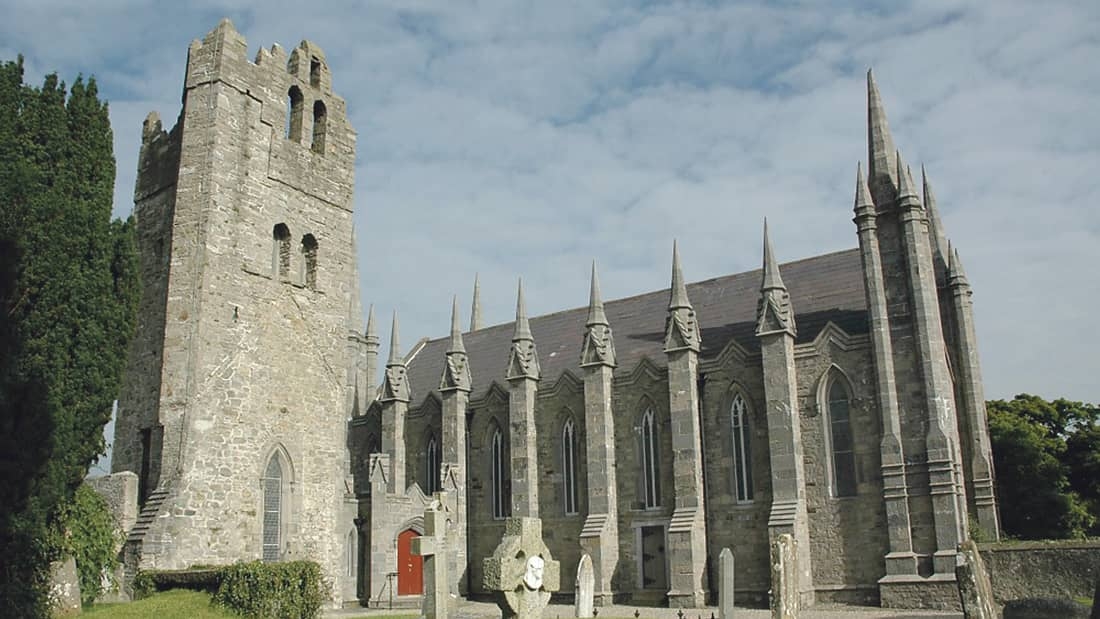 PLANS for the development of a county museum in Tallaght have been unanimously supported by local councillors, and the councillor who put forward the idea said it would be a positive step forward and it would remind people that Tallaght “didn’t just fall out of the sky”.

Earlier this year, Fianna Fáil councillor Teresa Costello tabled a motion calling for the development of a county museum in Tallaght to form part of the Local Area Plan (LAP) for Tallaght, and after the motion was carried by her colleagues, it was included in the plan.

St Maelruain’s, Church of Ireland Church was built in 1829

The LAP outlines the proposed vision for the Tallaght area over a six-year period, from 2020 to 2026, however, the full roll-out of the ideas in the plan are expected to come to fruition over a longer period of 20 years.

The LAP has been in effect since late July, and Cllr Costello’s motion informed an objective of the area plan, for the progression of a feasibility study to identify a site and progress the design of and funding for a county museum in Tallaght.

Cllr Costello told The Echo: “People seem to think Tallaght just fell out of the sky, but there’s so much more to it.

“Tallaght is a historical town, and it’s not just Tallaght village – a county museum would be a brilliant opportunity to showcase what we’re about.

“Bohernabreena is a part of the area, and they have stone monuments with historical relevance, and it’s also the home of the story of Cú Chulainn.

“Imagine if schoolkids from Tallaght got the opportunity to go to a museum to find out more about the area. We can show our kids that we live in a place that we should be proud of.”

Cllr Costello said she’s passionate about bringing the project forward, as four generations of her family have lived in Tallaght, and she said the area is “all I know”.

While the plans are still at the very early stages and there is no timeframe as yet, Cllr Costello said she’s determined to see the county museum plan become a reality.

“I’m going to keep battling for it,” she said. “I have the support of the other councillors and there are loads of people that are interested in it.”

NEWER POSTPride in their park!
OLDER POSTTales of the Waterside