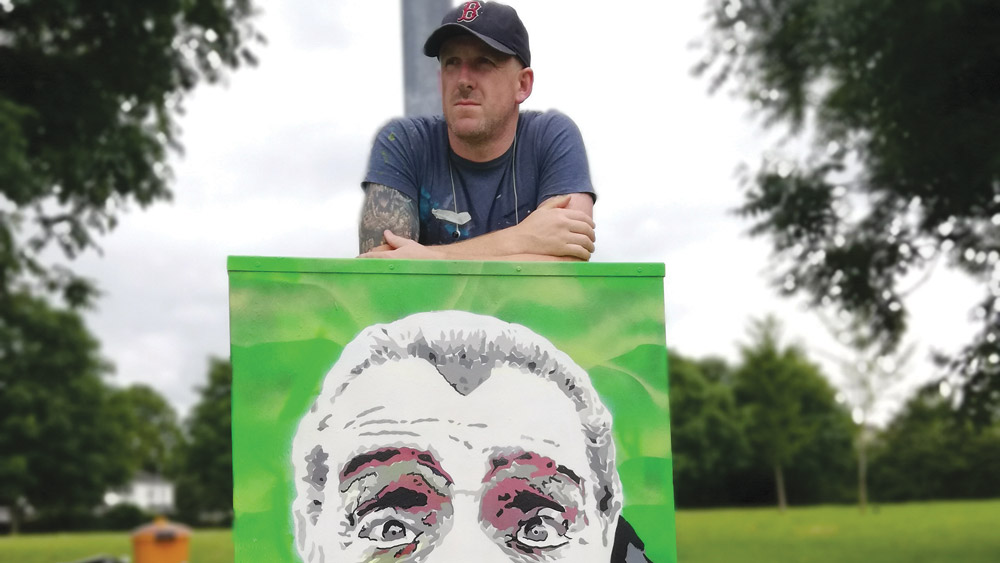 Protocol agreed on traffic box murals being painted over

A PROTOCOL has been agreed to prevent artwork on traffic light control boxes around the county being erroneously painted over by contractors, as a “small number” have been painted over this year.

Many of the boxes have become vibrant art pieces in recent years as a result of the Dublin Canvas ‘Paint a Box’ project, which commissions artists to decorate the otherwise plain street furniture.

One of the most popular murals was of Tallaght legend Paddy Drac, on an electrical box on the Old Bawn Road. Paddy was an entertainer who raised thousands for charity but died in 2019, However, the arresting mural by local artist Geoff Tracey was painted over by a contractor last May, who mistakenly thought it was graffiti that had received a complaint and was to be painted over.

The topic of traffic light control box murals being painted over was raised at a recent council meeting by Social Democrat councillor Carly Bailey.

Cllr Bailey asked South Dublin County Council how many of the Dublin Canvas pieces have been commissioned this year, and how many have been mistakenly painted over so far this year.

In response, the council stated: “Unfortunately, in recent months, a small number of traffic light boxes which had artwork were painted over in error. 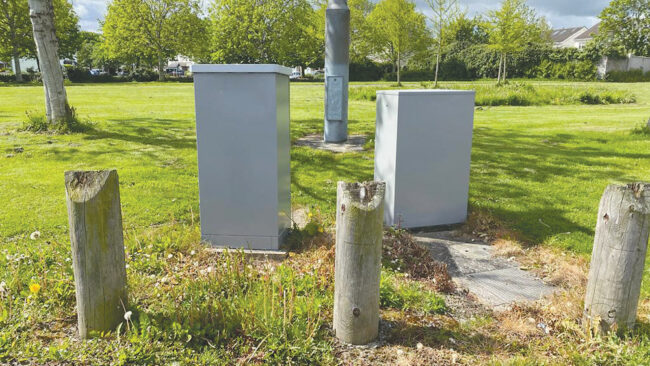 Some of the painted-over boxes

“In these cases, there was graffiti on the adjacent box which was to be covered.

“The Environmental Awareness Office, who currently manages the Dublin Canvas programme has made contact with the contractors and agreed a protocol to prevent this from happening again.

“Measures such as issuing screenshots of the exact location, a clear instruction that no murals are to be painted over and highlighting the correct box to be painted will be implemented.

“We expect this to resolve the problem going forward.

“The Environmental Awareness Office has written to Dublin Canvas, who delivers the programme in the county, to apologise.

“We have also requested that Dublin Canvas pass on our apologies to the artists, whose artwork got painted over in error this year.”