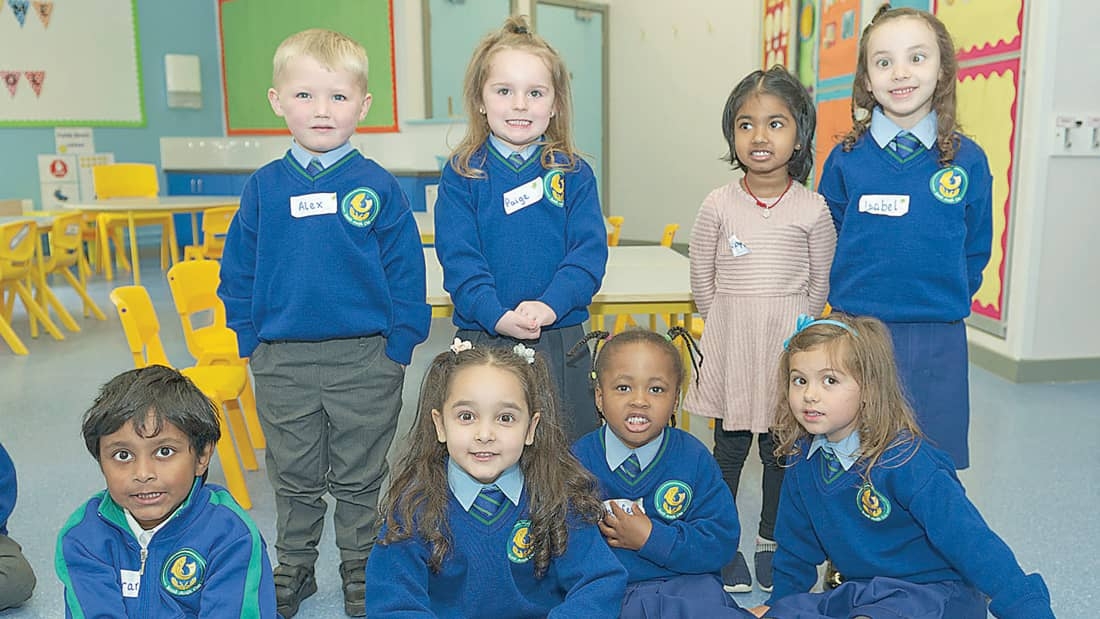 SCHOOL pupils and staff are preparing to get back into the swing of things at the start of the new academic year this week, but it will be unlike any other back-to-school season they’ve experienced.

Following the abrupt closure of the schools last March, as the coronavirus pandemic reached Irish shores, many pupils and parents had to suddenly acquaint themselves with home-schooling, while for post-primary students, the state exams were cancelled and replaced with predicted grades.

After an unprecedented five-month break from the classroom, many pupils will be walking back into familiar classrooms while adhering to unfamiliar measures in a bid to reduce the spread of the coronavirus.

In St Ronan’s National School in Deansrath, Clondalkin, there will be staggered times for the children to be left at and collected from the school, all PE classes will be outside, and the pupils will no longer be allowed to line up outside their classroom doors, they will instead go straight into the classroom.

Hand sanitising stations will be at all entrances to the school and in the classrooms, extra cleaning will be carried out during the school day, while all pupils will be given their own face cloth in a Ziplock bag.

Over in Tallaght Village, preparations are underway in St Mary’s National School, where they’re implementing changes such as no longer allowing students from different classes to mix.

Their primary focus is on getting the students back into the classroom, while adhering to government advice.

Shane Cadigan, principal of St Mary’s, told The Echo: “We’re looking forward to reopening, and it’s going to be business as usual for the children.

“It’ll mainly be routine changes, such as no mixing between classes.”

When asked how the staff of the school feel about returning, he said: “We’re nervous and excited, but we all want to get back into the classroom and get going.”

For Niall Hare, the principal of Kishoge Community College in Lucan, the past few weeks have been spent looking closely at the procedures in the school to ensure the safety of the 880 teenagers in his charge and the school’s staff.

“All school procedures and school practices had to be reviewed through the lens of keeping students and staff safe, from the moment they enter the school to when they leave,” he explained.

A total of 100 hand sanitising stations have been installed in the school, and the number of classes in the school has increased, in order to adhere to social distancing guidelines.

Students will no longer be allowed to use their lockers, and the school’s canteen will be shut, to discourage students from gathering in large numbers and in close proximity to each other.

“We have measured the distance between the desks in all of the classrooms with measuring tapes,” said Mr Hare.

“We have plastic markers on the legs of the chairs to show the distance. We have reduced class sizes.”

As for the reopening of the school, Mr Hare said: “We’re delighted to have the students back – it’s very much in the students’ best interests to get back to the classroom.”

St Dominic’s College in Ballyfermot is preparing to welcome incoming 1st Years and returning students next week, where they will be holding back-to-school inductions to familiarise students with the new routines that will be in place.

Some of these routines include the wearing of face masks when entering the school building, while parents will no longer be able to enter the school to drop off or collect their children, and each year group will have a designated area in the school where they will have a ‘base classroom’, to prevent mixing between year groups.

While this is a period of uncertainty for many schools on the cusp of reopening, it is hoped that these new measures will limit the spread of the coronavirus within schools.