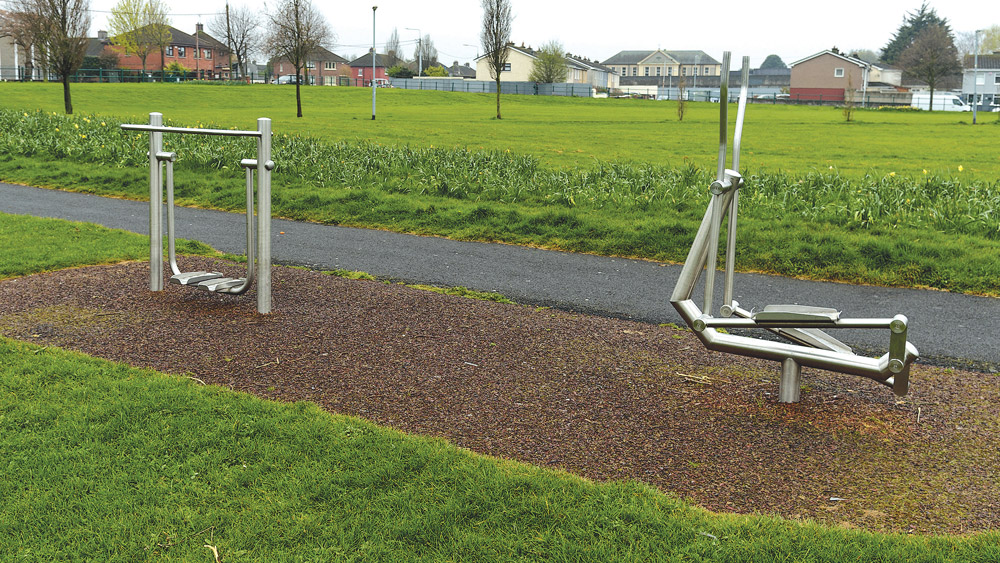 The exercise equipment in California Park

Questions over the value for money of exercise equipment

A RESIDENT who privately priced up two pieces of exercise equipment at a public park, and received a quote for less than half the price the council paid in 2019, has questioned whether the deal represents value for money.

The resident, who did not wish to give his name, was sent an invoice from a staff member at Dublin City Council, detailing the costs for a cross trainer and air walker at California Hills, Ballyfermot.

The resident requested a quote from another supplier in Ireland for a similar job, and received a price of approximately €5,900.

The council invoice includes additional work that is not included on the resident’s quote, including tiger mulch surfacing (€1,950), insurance/health and safety (€500), and post inspection (€380).

The resident said the machines are “made of stainless steel” and “look like they came from Eastern Europe”.

“You have good exercise equipment in the park and next to it this monstrosity,” he said.

“I’m wondering why the Dublin City Council paid over twice as much, and why the equipment is not the same as the red and yellow exercise equipment you normally see in parks around Dublin,” he said.

A spokesperson for the city council told The Echo: “Dublin City Council sources equipment from different suppliers. In order to compare one range of equipment with another you would have to compare like with like in terms of specification, quality of materials, robustness, appearance and in some cases follow up maintenance.”