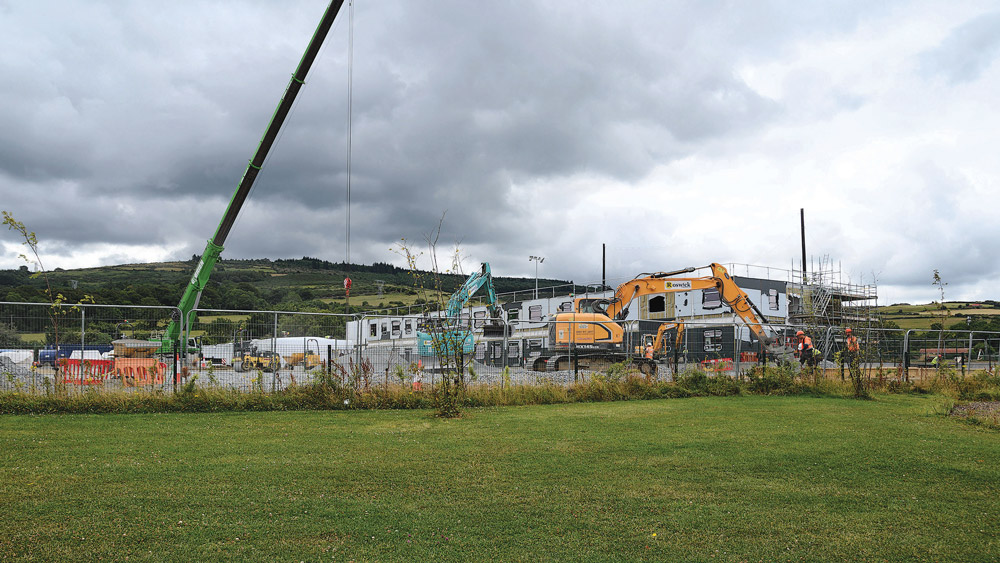 RESIDENTS in estates surrounding the new Firhouse Educate Together Secondary School building in Ballycullen have expressed concerns about work allegedly being carried out outside the times permitted by the planning permission, and the overall time scale of the development.

When it first opened in 2018, the secondary school – which has no permanent accommodation – had been housed across two primary schools in the area: Firhouse Educate Together and Gaelscoil na Giuise.

For the 2021/2022 academic year, the school was located in temporary accommodation in the grounds of Firhouse Community College.

As previously reported in The Echo, the development of the new accommodation at the Old Court Road and Ballycullen Green is to consist of a temporary two-storey school building.

In May 2020, the Department of Education announced the acquisition of the 4.45-acre site for the school on the Old Court Road, where the school will ultimately be permanently located.

However, ahead of the permanent school building project for Firhouse ETSS, which is being delivered under the Department’s Design and Build Programme, permission was granted for the temporary accommodation at the Old Court Road site.

Activity on the site has ramped up in recent weeks, and the two-storey building is beginning to take shape.

The temporary structure comprises 10 classrooms and three specialist classrooms, including all ancillary teacher and pupil facilities.

But residents in surrounding estates have voiced concerns about different aspects of the development, according to Mayor of South Dublin County, Cllr Emma Murphy, who lives locally.

Mayor Murphy told The Echo: “I think residents are concerned about what it’s going to look like in September, because it’s early August and it’s still a full building site.

“The temporary school is next to the pitch that’s used by St Anne’s, and right now, I can’t see how [staff and students] are supposed to get into the school grounds.

“There’s a lot of chatter about those unknowns, and issues to do with the planning permission.

“The planning permission is for work to be carried out from 7am to 7pm, but residents at Hunterswood were complaining two or three weeks ago because the Portacabins for the site were delivered in the middle of the night, and building work started at 6am.

The Echo contacted the Department of Education about the issues raised, but a response wasn’t received at the time of going to print.

The planned development was previously the subject of an appeal by the Ballycullen Green Residents’ Association.

A Mobility Management Strategy outlining incentives to encourage the use of public transport, cycling, walking and carpooling by the school’s staff and students was also required and was submitted before construction commenced.