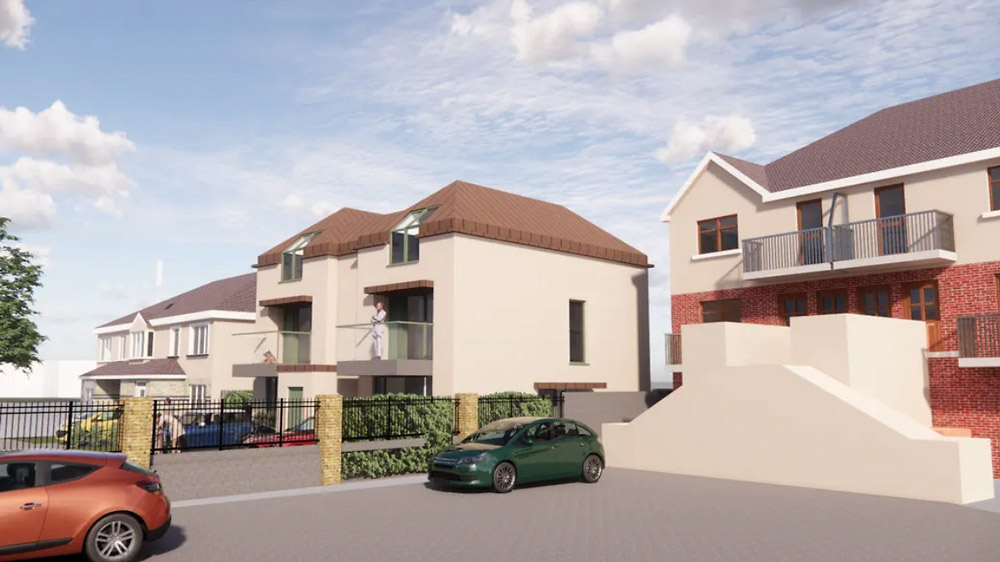 An artist’s impression of the plans for Carrigmore View

A PLOT of development land in Aylesbury, Tallaght, with planning permission for a three-storey apartment block has gone on the market with a guide price of €320,000.

The subject site is located at Carrigmore View and has permission for the development of an apartment block comprising two one-bed units and two two-bed units.

According to selling agent Hibernian, the site provides a “superb opportunity to acquire a ready-to-go development site with full planning permission to build”.

The site is described as being located within an established residential area of modern constructed properties and within 15km of the city centre.

The development plans for the site have been a point of contention in the community, which culminated in a group of concerned residents lodging an appeal against the grant of planning permission. 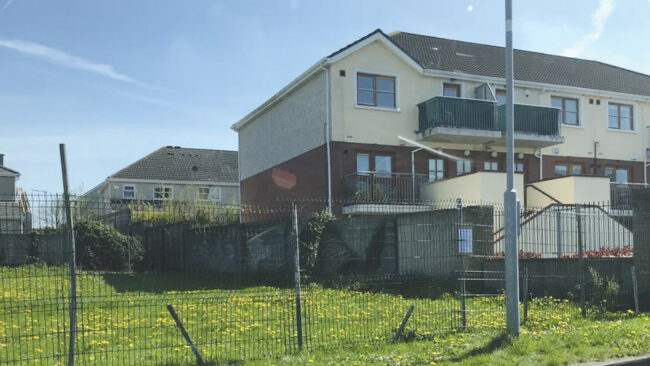 In November 2020, a group called Concerned Residents of Carrigmore submitted an appeal to An Bord Pleanála (ABP) against South Dublin County Council’s decision to grant permission.

The residents stated that the development would represent “poor planning”, would be “visually intrusive” as a result of its scale, height, mass and roof and window designs, and that it would set “an undesirable precedent” for other developments in the locality.

The residents added that, if ABP decided to uphold the council’s decision, the appeals board should consider making revisions to the plans, including removing the third storey and roof of the proposed development and replacing it with a pitched roof.

However, ABP ultimately upheld the council’s decision in their ruling on June 10, 2021, when they granted permission for the development without the revisions suggested by the appellants.