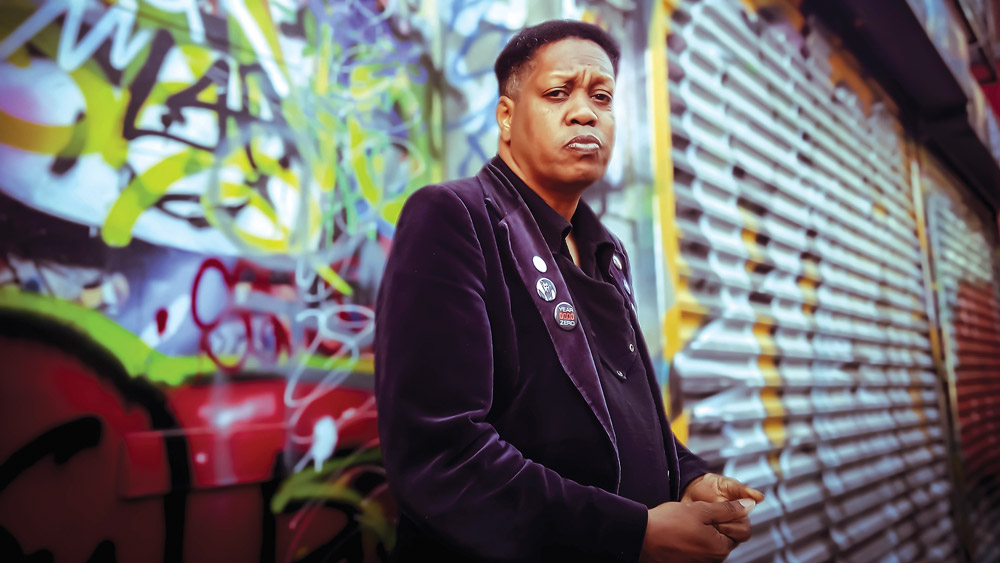 Punk musician Brew fell in love with the Irish people

Home Brew: ‘So much from a little’ shows depth of singer’s talent

Punk musician Brew grew up in New York City in the 1980s where he got to see the luminaries of the punk scene, such as the Ramones and the Sex Pistols, in his local venue, the famous CBGBs.

Shortly before he moved to Dublin in 1991, following a stint in London, Brew wrote a song, while travelling on a Greyhound bus in upstate New York, reflecting on the trials of growing up and maturing.

This song, ‘So Much From A Little’, was recently released by Brew, signalling a departure from his typically punk sound into indie territory.

Now living in Collinstown in Clondalkin, Brew told The Echo about his arrival in Ireland in the early 1990s, his first impression of the music scene here, and the impact he hopes ‘So Much From A Little’ will have.

When did you come to Ireland and what prompted you to stay?

I first arrived here in 1990, then returned in February 1991 for a weekend that turned into 30 years. After losing my job in London someone said come to Dublin to chill out and the parties never stopped!

Though seriously, I fell in love with the Irish people, and more importantly didn’t feel alone in Dublin as compared to London.

As the saying goes, no matter where in Dublin you go you will always bump into someone you know, and that is cool.

What were your first impressions of the music scene here compared to your hometown of New York City?

Well, the first thing I saw was the amount of young bands everywhere and how youthful everyone was, even if they were supposedly over 30.

The fashion sense seemed to be a cross of like 1980s American metal scene versus Cure heads, and with some people you couldn’t tell if they were musos until you saw them onstage.

There was also an innocence in terms of getting on with things, as if everyone was on this learning curve.

Your new single, ‘So Much From A Little’, was written on a Greyhound bus in upstate New York in the 1990s. What led you to release it now?

Well, at the time I didn’t think it fit into the music of that time period and I probably didn’t have the life experience back then to sing in the way I do now.

I have loads of recordings that were never released, but I don’t forget about them and, luckily for me, none of them sound dated, probably because they all have real live players performing on them.

Also, I wanted to show that as a singer I have depth, and not just be the ‘punky hard rocker’ I usually get pigeonholed with.

Did you change the song much over the years, or is it still true to the song you handwrote on that bus 30 years ago?

Word for word, still true! I think my delivery changed with maturity, but I was determined to hang onto that kid within me speaking those words and make it nostalgic.

The beauty is that the song could’ve been written yesterday, but the date on the bus ticket shows otherwise.

When I recorded it, the musicians and producer said it would go down well for Eurovision and back then I was like, ‘What’s Eurovision?’

‘So Much From A Little’ is slightly mellow compared to your typically punk sound, is this a change of sound for Brew or a one-off?

Well, I won’t say a one-off, because I don’t want to end up as a contrived artist who only follows trends.

I suppose it is more mellow, but as a singer you need to show more depth and versatility and I’d like to think that song proves that.

What impact do you hope the song will have on listeners?

Ultimately, that it is okay to be emotional and nostalgic. And if you’re a fellow songwriter/performer, to allow yourself to write songs like this.

We all go to huge concerts and there is always that power ballad that you get the lighter out for . . . well, now it’s the phones.

Personally, I whip out the flamethrower during one of those big numbers, and it’s always that song you will remember the most.

I’d be playing 10-song sets and throw in a ballad, and it’s the ballad that sticks out in people’s minds.

What other plans do you have in the pipeline?

I eventually want to record more singles, but I really want to have a mega showcase launch in the coming autumn of all the singles I released over the past two years, as lockdown kept venues shut.

Every artist probably needs to do the same thing, really. The online gigging lark doesn’t do it for me; I need the sweat, the lights, the mosh pit – yes, feel free to mosh during my ballads – and, of course, the connection with the audience in front of me.

I miss seeing bands. I live for that and hopefully punters have missed seeing me. I just go with the flow – rock’n’roll folks!

‘So Much From A Little’ is out now on all streaming platforms.

NEWER POSTThe Bodhrán Buzz: The idea was to bring awareness of our native drum
OLDER POST‘Ready-to-go’ site with green light for apartment block on sale at €320k