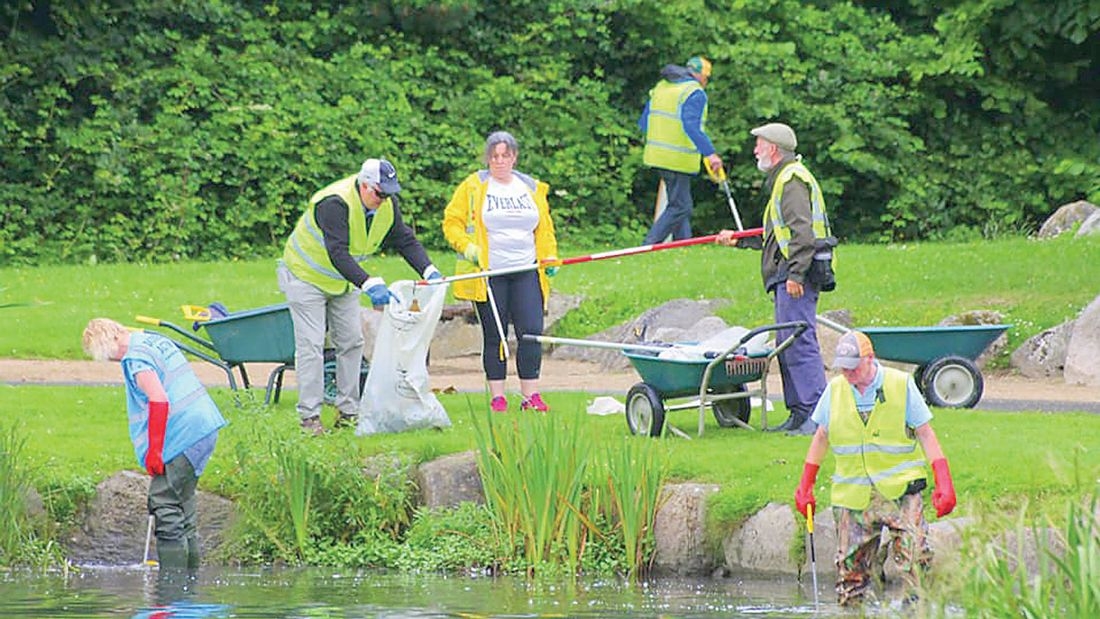 A RECORD number of volunteers took part in a clean-up in Sean Walsh Park on Saturday – and gathered 33 bags of rubbish in the process.

A total of 26 volunteers took part in the clean-up, which was organised by Tallaght Litter Mugs and Dodder Action, and the number of participants surpassed the organisers’ expectations, as they anticipated that around a dozen people would take part.

“There was a significant number of people, including new people I’d never seen before,” John Kiberd from Tallaght Litter Mugs told The Echo.

“I think that during the lockdown people were spending a lot more time in the park and could see it needed a little TLC.

“We collected at least 33 bags of rubbish, which wasn’t so bad because, at least superficially, the park seemed to be in reasonable shape.

“Most of the rubbish was under bridges and in the water, and there were generally just lots of bottles, cans, and stuff that got washed in from upstream.”

The volunteers removed a syringe from the park, and they also retrieved two lifebuoys that had been left in the stream.

A needle was picked up in the park

“The demographics of the people who took part were much younger than usual,” said John. “Some people brought their children along to get involved, which is great, because it means they’re creating positive habits of a lifetime.

“There was a great sense of camaraderie, and I certainly got the sense that everyone enjoyed it.”

John also commended people who, during lockdown when groups couldn’t meet, took it upon themselves to go out with litter pickers and clear litter from the park individually, adding: “There’s a little army of people out there that are doing their bit.”

Some of the volunteers cleaning up the park on Saturday

When walking his dogs on Tuesday morning, John was disappointed to see that someone had burned a wheelie bin with refuse in the park after the volunteers’ hard work over the weekend, however the group will be carrying out another clean-up in the park soon.