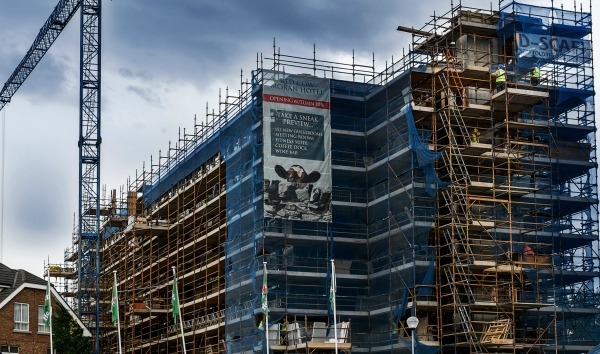 AS WORK continues on the development of a seven-story extension to the Red Cow Hotel, an application for modifications to the development has been granted permission following an appeal to An Bord Pleanala.

The modifications consist of an extension to the existing hotel restaurant, with provision of a new entrance and lobby at ground level and the change of use of the permitted hotel gym to meeting rooms.

A change of use of two permitted hotel rooms to a gym was also sought, along with all associated site development and service provisions.

The application was appealed for clarification of the use of an entrance that leads onto the Red Cow Business Park road, which is owned by Balmon Management Ltd.

In its grant of permission, An Bord Pleanala said: “In deciding not to accept the Inspector’s recommendation to refuse permission, the Board notes the Inspector’s concerns about over-spilling of hotel car parking onto the nearby business park, but considered that this matter could be dealt with by the attachment of a condition including removal of the proposed entrance to the building at the rear of the hotel by condition.”

The conditions attached to the grant of permission include amendments to the development such as the removal of the proposed entrance from the eastern side of the hotel and the installation of an electronically controlled barrier to prevent “unauthorised vehicular egress”.

A complete parking schedule and additions to the site layout are also attached as conditions, along with changes to the ventilation system.

At present, work is ongoing on the construction of a new seven-story extension to the hotel with the demolition of the Pavilion building taking place in recent weeks.