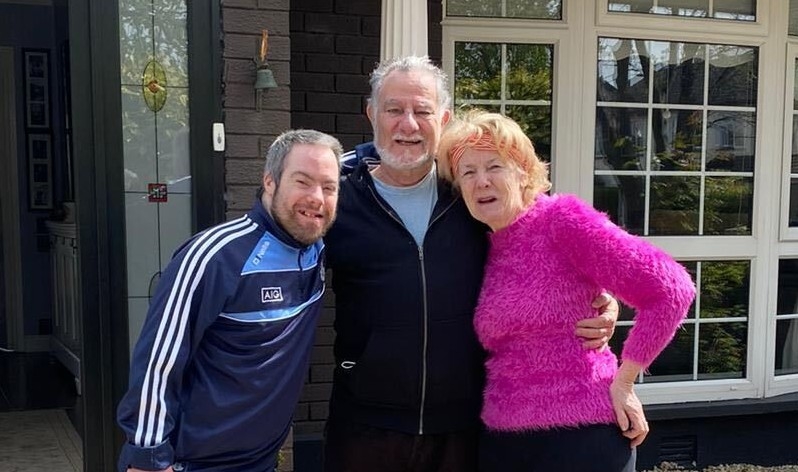 Relief and joy for family as dad (73) recovers from coronavirus

THERE was relief and joy for a family today when their 73-year-old father was discharged from Tallaght University Hospital after recovering from coronavirus (Covid-19).

His breathing quickly deteriorated and test results came back positive for the disease on April 5.

While in hospital, the father-of-five was in isolation and treated with oxygen before doing physio to help improve his breathing.

But the Old Bawn native, who was an avid marathon runner, managed to get across the finish line of his toughest marathon yet yesterday when he was discharged from Franks Ward in Tallaght University Hospital.

“The staff in Franks Ward were outstanding and they did a great job. We really can’t thank them enough,” his son Alan Jnr told The Echo.

He will now start a programme of exercises as part of his recovery, with Alan Jnr telling The Echo about how the family felt to see their dad home.

“He was standing outside with his bags packed ready to go when we went to pick him up from the hospital.

“His own health and wellness paid dividends to him.

“Our brother and mam tested negative for it as well so it’s a great news story and to be honest, we never doubted that he wouldn’t beat it.”