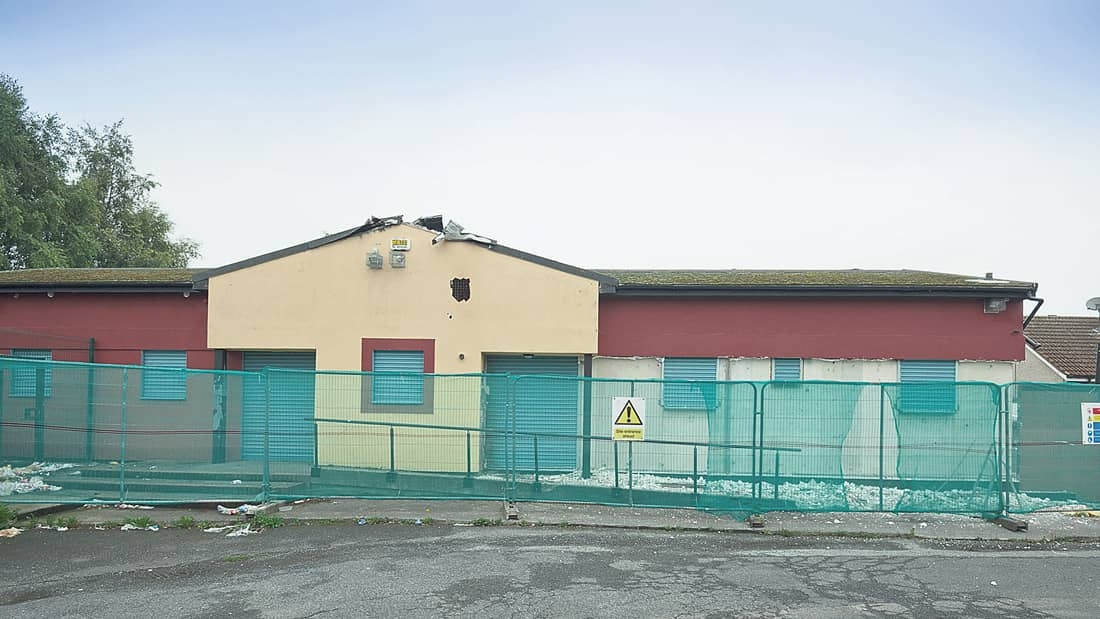 RENOVATION work is this week commencing on the St Aengus Drug Project centre, which was temporarily relocated after being severely damaged in a fire more than two-and-a-half years ago.

In November 2018, the parish of St Aengus was left devastated when the home of its community-led drugs project was severely damaged in a fire.

Due to substantial structural damage caused by the fire, which was investigated by gardai, the project relocated to the local community centre, where it remains temporarily based today.

However, positive steps were taken this week in bringing the project home after renovation work commenced.

According to St Aengus Drug Project Manager, and Tallaght Independent councillor Mick Duff all external surfaces need to be removed and reinstalled, the roof has to be replaced, wiring and plumbing refitted and new flooring laid.

Established in 1996, the St Aengus Drug Project was created by the community, after locals recognised a serious drug problem across the entire St Aengus Parish area.

Starting off its life in the shopping centre in 1996, the project moved into its purpose-built centre in 2001.

“This project is absolutely a pure community-driven project, in partnership with the HSE and the Tallaght Drugs and Alcohol Task Force,” Cllr Duff told The Echo.

Moving the project into a smaller, shared space within the community centre had a knock-on effect on services, which had to be curtailed.

According to Cllr Duff: “Quite a few of our clients also didn’t feel comfortable coming into a public community centre seeking services.”

In recent months, due to Covid-19, additional challenges have been faced by the project.

However, working remotely, the team continued to provide support by phone and also ran an emergency, outreach needle exchange.

“It would be nice to be back in our own centre by Christmas, or even the New Year,” Cllr Duff said.

“It will be like a new beginning, a fresh start for us.

“We will have to work differently [because of Covid-19 measures], but we’re ready for the challenge.”

Cllr Duff has thanked South Dublin County Council for its support over the past two-and-a-half years, and the community centre.

“The community centre opened their hearts and their doors to us straight away,” Cllr Duff said.

“We’ll never forget them, they’ve been exceptionally brilliant to us.”

For a list of community drug projects in Tallaght visit the Tallaght Drug and Alcohol Task Force website, www.tallaghtdatf.ie