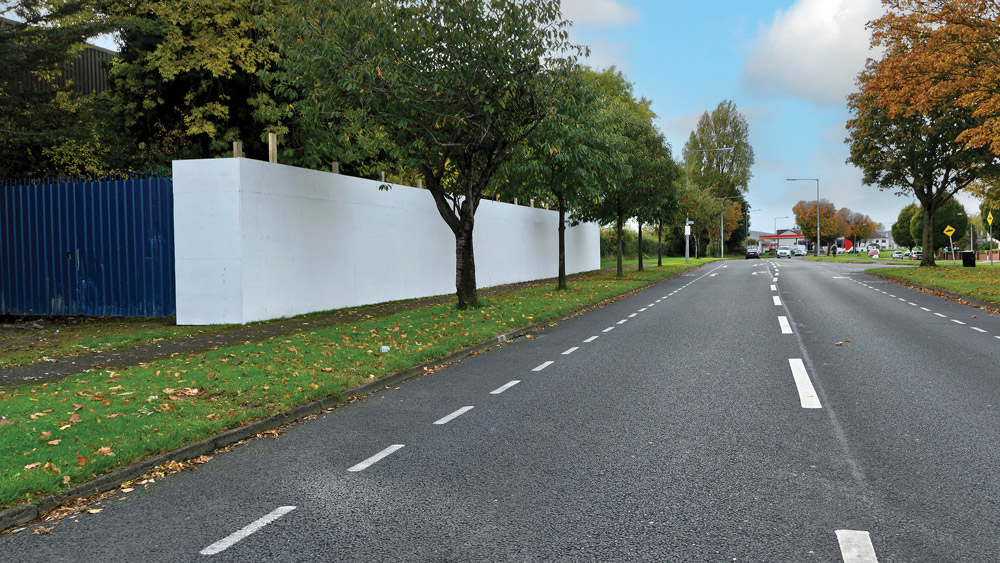 HOARDING that was recently erected around a warehouse opposite Kilnamanagh Shopping Centre is a cause for concern in the area, according to a local councillor.

It’s understood that the hoarding has gone around the property at McHugh’s Components, to facilitate the construction of an extension to the warehouse.

However, there are concerns that the hoarding appears to be placed on council-owned land and residents have been questioning why it was allowed to be put up.

Local Fianna Fáil councillor Charlie O’Connor told The Echo: “People in Kilnamanagh are concerned about the presence of hoarding on what people understand is council land.

“The council is telling us that the hoarding has been granted permission under an S254 Hoarding Licence, but we can’t understand why they would do that.

“They gave permission for an access gate in the hoarding, and it’s effectively created a compound.

“People are concerned about the impact it could have on traffic, and that it could set a precedent.”

The Echo contacted South Dublin County Council to ask where details on the S254 Hoarding Licence can be found and if it could confirm if the hoarding is sited, at least partially, on council land.

A response was not received at the time of going to print, which mirrors Cllr O’Connor’s own experience of trying to find out further details about the hoarding.

“The council has been very slow to give proper information about this,” he said, “but a lot of people have been asking about it.”

In correspondence seen by The Echo, the council confirmed that the hoarding will be effective from October 3, 2022, to February 1, 2023.