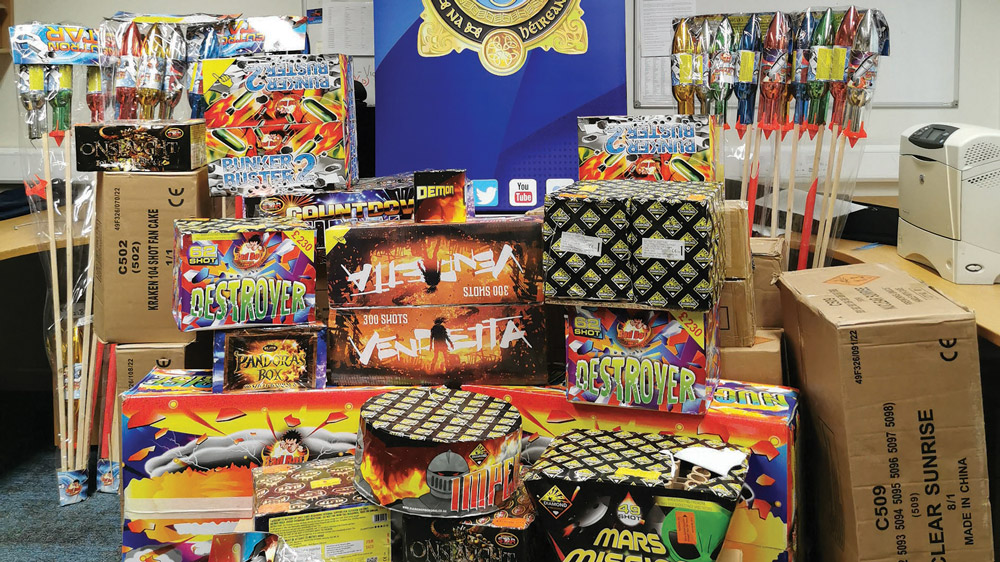 Fireworks seized in Dublin 22 by Gardaí from Ronanstown

Fireworks and cash are seized

AN OPERATION Tombola conducted search of a property by members of An Garda Síochána resulted in a large quantity of fireworks valued at €11,500 and more than €8,500 in cash being seized.

Operation Tombola is a nationwide policing plan focused on the prevention and detection of the sale of fireworks and associated public order and anti-social behaviour issues during Halloween.

Gardaí from Ronanstown Garda Station made the seizures after conducting the search of a residence in Clondalkin last Sunday, the day before Halloween.

A Garda spokesperson commented on the matter following the seizure. 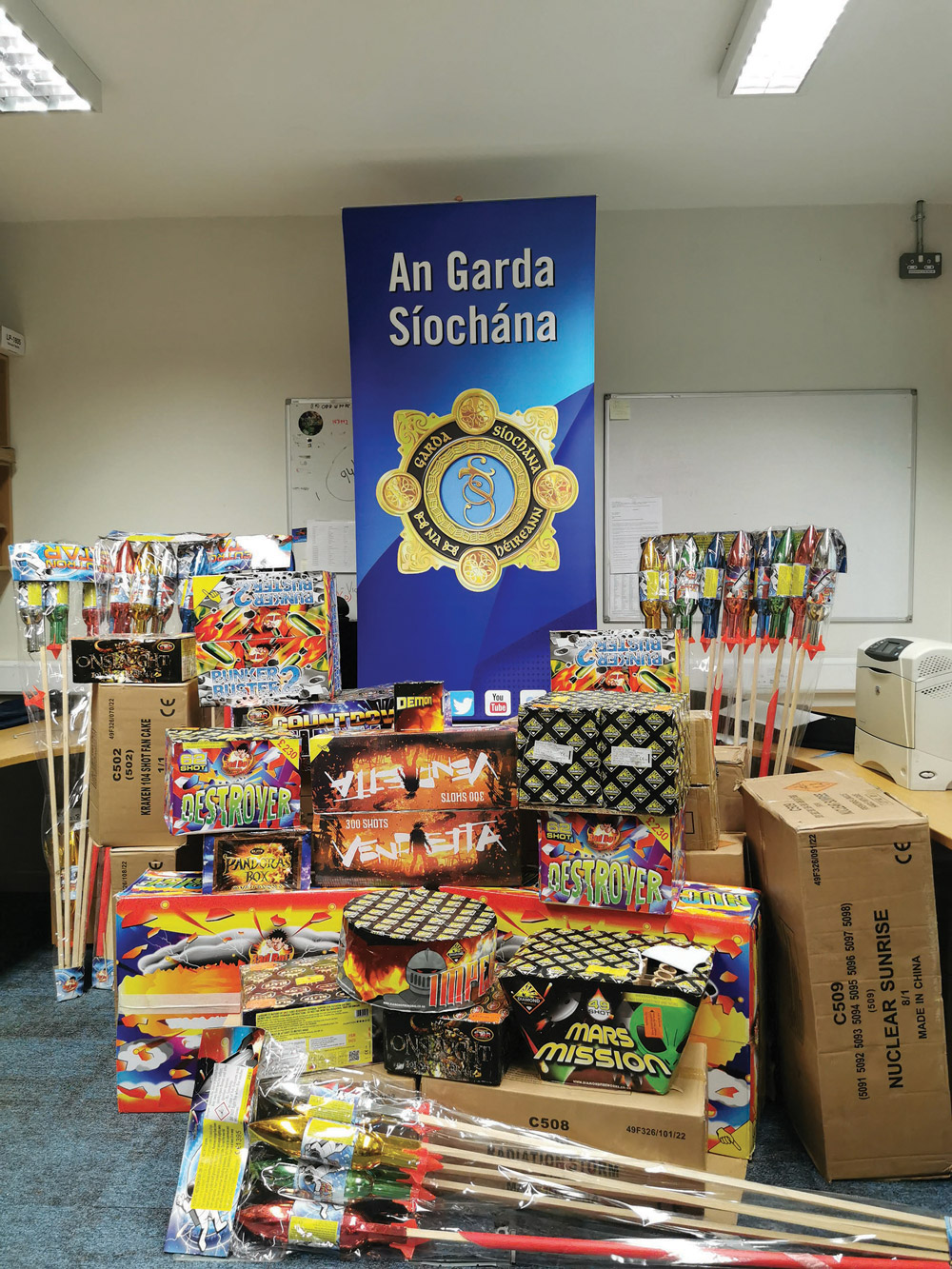 Fireworks seized in Dublin 22 by Gardaí from Ronanstown

“Gardaí conducted a search under warrant of a residence in the Clondalkin area, Dublin 22 on Sunday 30th October 2022 at approximately 2:30pm,” the spokesperson told The Echo.

“A large quantity of fireworks, with an estimated value of €11,500 and cash in excess of €8,000 were seized in the course of the search.”

While there were no arrests made in relation to this incident at the time of The Echo going to print on Wednesday afternoon, investigations are still ongoing.