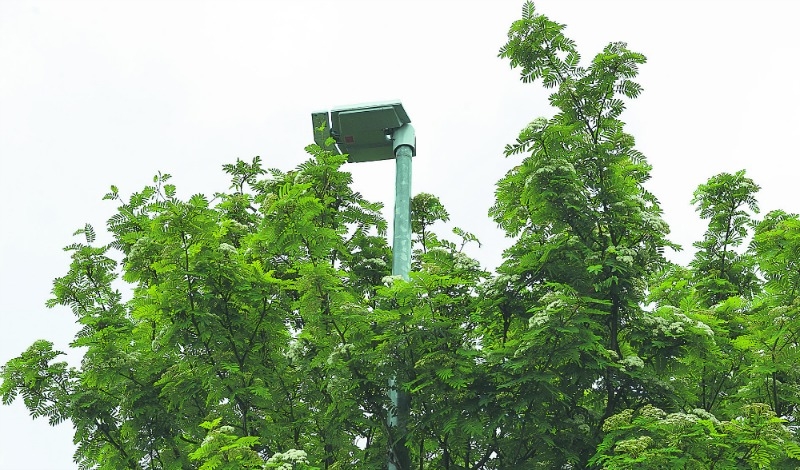 Residents left in the dark with the arrival of summer

THE design and location of the new LED public lights are leaving some residents in the dark, after the arrival of summer resulted in trees growing around the new fittings – and blocking light at night.

The rollout began in 2014, when a new public lighting scheme was piloted on the Greenhills Road before a phased move into other areas, with a total of 3,506 upgrades carried out to date – approximately 11 per cent of the council’s lighting stock.

The local authority hopes that the programme will meet energy-saving targets of 33 per cent by 2020, while also resulting in less repair work in the future as maintenance on LED lights is lower than the older public lights.

However, the introduction of the LED lights in Verschoyle has raised some concerns, after trees, bare when the lights were being installed, blossomed in recent weeks – and grew around the new fittings.

One resident told The Echo: “The trees are getting taller than the lights and at night time there is no light from some of them.
“Over the last few weeks you can really notice how dark it is but the leaves and branches are growing into the light and covering it.

“Trees should have been factored in when the new lights were being installed, some of these lights are now just a waste . . . they might as well not be there.”

The resident added: “The new heads on the lights are also a lot shorter than the older lampposts, which means that the light can’t stretch out over the trees either.”

When contacted by The Echo, a spokeswoman for the council said that all trees are pruned at the time of installation.

However, she added that the council is aware that there has been significant growth since and that the local authority is looking into the matter.