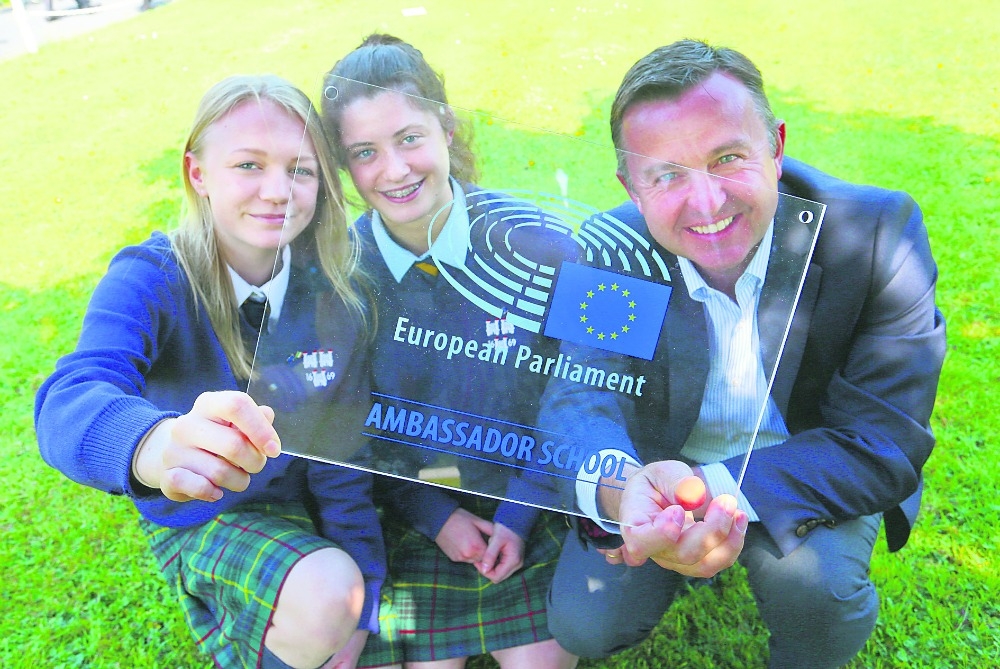 Brian Hayes MEP attended a ceremony at the school where he presented the students involved with an EPAS plaque on behalf of the European Parliament.

The European Parliament Ambassador School Programme for post-primary schools was launched in Ireland in 2015 as a pilot programme to raise awareness amongst young people in secondary education of the impact of the European Union in their daily lives.

The King’s Hospital is one of 24 schools in Ireland taking part in the programme this year.

As part of the programme the students set up a European Union information point in the school and have recently begun work on a dedicated website.

The students also hosted debates and organised the school’s Multicultural Week, which included an international market showcasing the huge diversity of culture within the school community.

Speaking at the ceremony, Mr John Rafter, Headmaster at The King’s Hospital told The Echo: ”We are incredibly proud of the Transition Year students that have been involved in this programme. It’s extremely encouraging to see the dedication and enthusiasm these students have shown to achieving European Parliament Ambassador School status for The King’s Hospital.

“At the heart of our school’s ethos is the development of the engaged and active citizen and through the European Parliament Ambassador School Programme our students have embodied that ethos and excelled.”