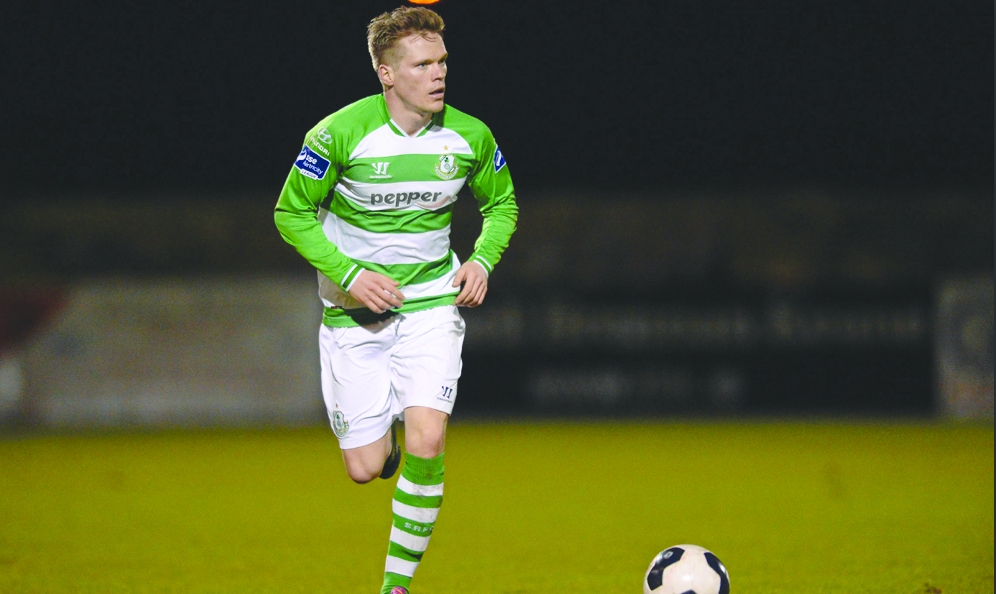 SHAMROCK Rovers defender Simon Madden believes results against the top four sides will go a long way in determining how close the Hoops are to success in the Airtricity League.

The Tallaght side, while showing glimpses of great ability and potential last season, really struggled for that level of consistency needed to make them serious title contenders.

Their results against the three sides who finished above them in last season’s campaign, Derry, Cork and champions Dundalk, were not good enough to see them make the necessary inroads at the top and they consequently finished 22 points off the pace.

While a lot of chopping and changing in terms of players has taken place for most teams throughout the off season, Madden insists that Rovers must deliver more against the other challengers if they are to return to the summit of the Premier Division.

And their title credentials will be somewhat put to the test straight away as they face off against Dundalk in Oriel Park tomorrow night (Friday) before they entertain arch rivals Bohemians the following week.

Madden does remain confident that Rovers have the personnel to really put them in the mix this year with quality players the likes of Roberto Lopes, Paul Corry, Michael O’Connor and Daniel Devine being introduced this year, while midfielder Ronan Finn returns to the club from Dundalk.

“We’ve got our targets, our goals” he told The Echo. “We know where we’re at. We’re flying right now. We have a tough start against Dundalk and Bohs and if we can get wins there it will be massive.

“We’ll know where we’re at after those two games and we’ll know what we have to work on.

“Really if you want to win the league you have to be beating the top four teams. I know you can pick up the points against the teams below, but really you need to be winning games against the top sides, something we missed out on last season.

“We know we’re capable of picking up points anywhere whether it be at Dundalk or Finn Harps. Hopefully we can do that,” he said.

On another note Rovers, this week announced the appointment of Damien Duff as the club’s new Under 15 National League Head Coach.

The former Republic of Ireland international, remains a part of the club’s first team coaching staff and will also bring a wealth of experience to his new role.

The new Under 15 National League will kick off in August and provides another stepping stone towards top club football, whether it be in the League of Ireland or abroad, for young players.