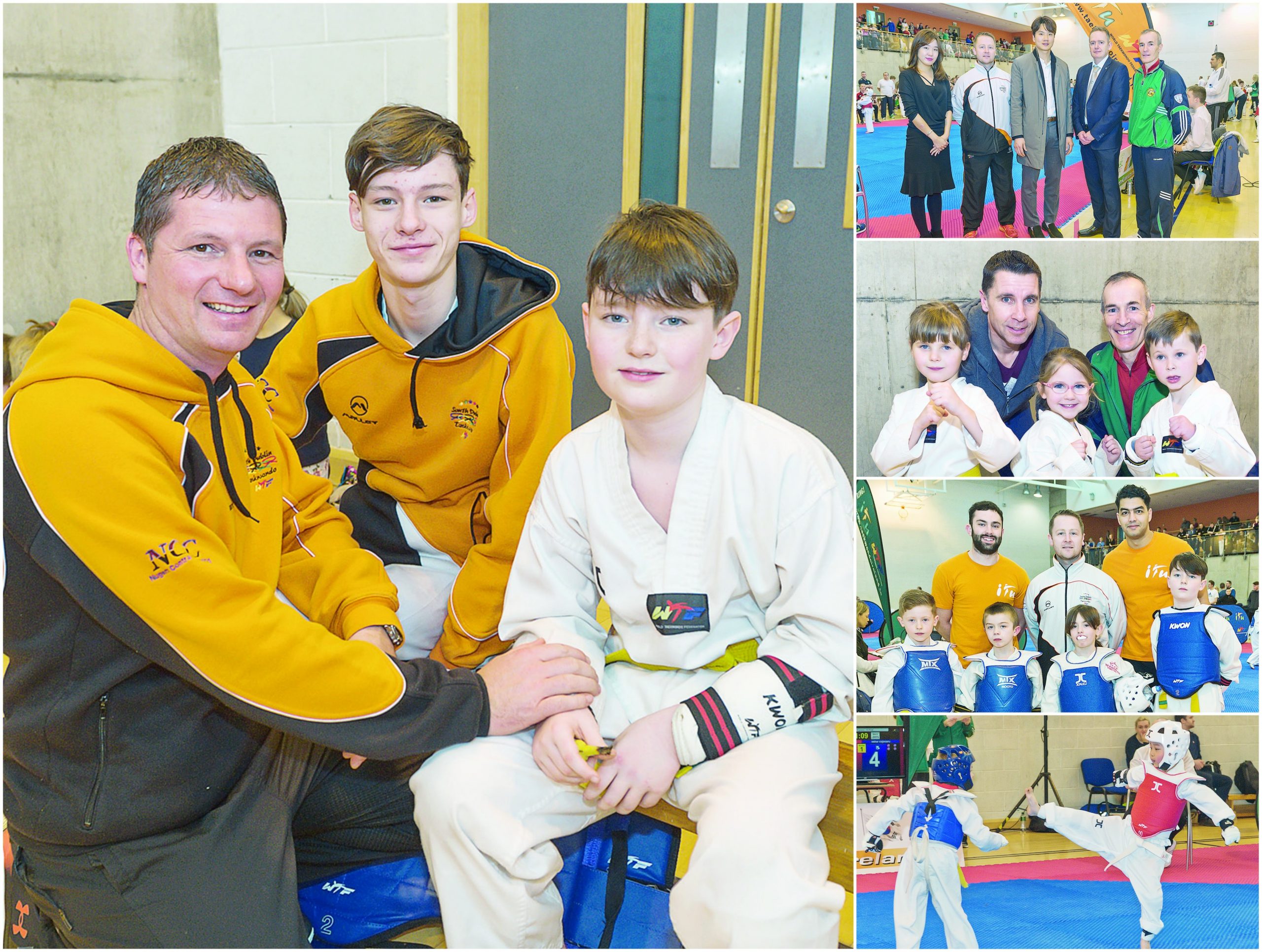 In what was the largest ITU National Champion-ships to date, some 230 competitors, from grassroots to elite and from around the country, took part with Ireland’s Conor Grassick winning his 10th straight title.

Among the number of potential future national champions was Samantha Malecka who won an Intermediate gold medal in her Pee Wee -23kg division.

SDTKD also fielded two successful kickboxers who have made the crossover to Olympic Taekwondo in Shauna Bannon and Nathan Kelly – both finished on the podium at their first competitive event.

One of the highlights of the day was the arrival of Dong-min Cha of South Korea.

A gold medalist at the Beijing Olympics and more recently a bronze medalist in Rio, Cha took in some of the action at the Nationals which saw team honours go the way of Champion Taekwondo who had the largest medal count in all divisions novice, intermediate and advanced followed by runners-up South Dublin and Team Extreme of Belfast in third.

Clondalkin, meanwhile, made its presence felt particularly in the Peewee section where Anna Mulhall, Joanna Pankiewicz, and Charlie Costello all scooped silver medals.

Ben Rooney just missed out on a medal following a very close fight that finished 15-14 while Jack Callaghan was also pipped for a podium finish in the 2017 tournament.