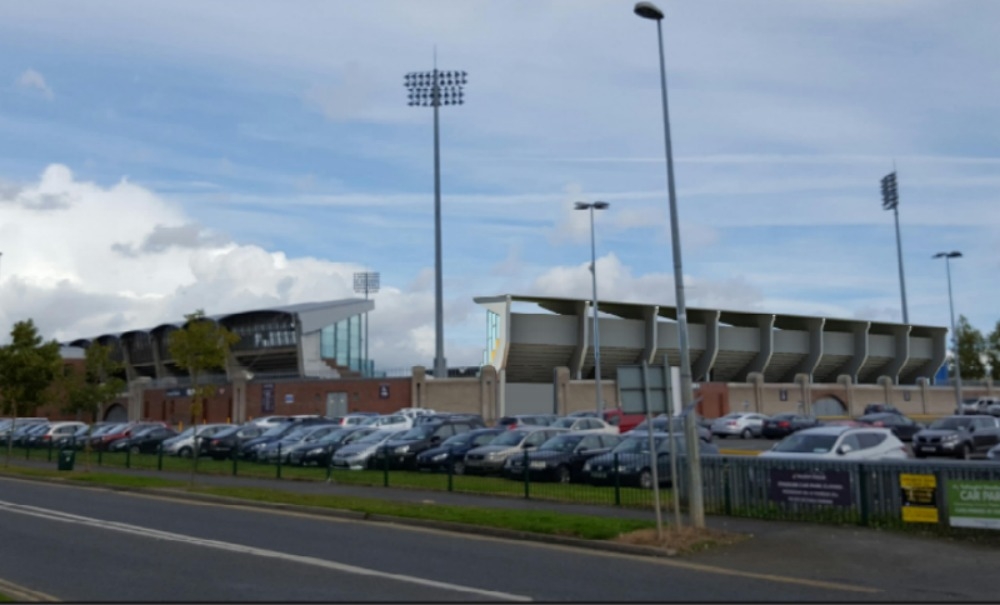 REVEALED: How Tallaght Stadium will look with new third stand

THE development of a third stand in Tallaght Stadium was given the green light on Monday by South Dublin County Councillors at their monthly meeting, and artist impressions of how the third stand could potentially look have now been revealed.

The hope is, with some additional work, Tallaght Stadium can be brought up to category four status, which is required to host Champions League qualifiers or any games in the competition.

Speaking after the development was given the go-ahead, Councillor Dermot Looney said: “It certainly brings the stadium up to scratch to hold bigger and better games and other events – it will make it more attractive for concerts, for example.

“I think Tallaght Stadium has been a good news story for Tallaght, and its continued development will be good news not just for Shamrock Rovers or football, but for the area in general.”

There were previous discussions around building a new stand at the north end (N81 end) of the stadium, but, as Cllr Looney pointed out, it makes more sense to have the stand at the south end.

He said: “There were initial discussions about a stand at the north end (N81/The Square).

“Those of us who attend games in the stadium on a regular basis pointed out that the wind blows down from the mountains and that it would be best to have a stand at the far end from a spectator comfort point of view.

“There are longer term goals for a fourth stand at the N81 End – I think the phasing of this makes sense.”

A date for construction of the new south stand has not been announced at this time.

Councillor Charlie O’Connor, who is also chairman of the Council’s Economic, Enterprise and Tourism Development Strategic Policy Committee has warmly welcomed the decision of South Dublin County Council to give the go-ahead for a new stand.

He added that the council has also stated that “full consultation under Part 8 of the Planning Act will commence before the end of the year and construction will commence in 2017 with a target completion date of the second quarter of 2018”.

The report from management also said that budget estimates will be confirmed during the early stage of the project design by the design team and that costs for this important project will come from surplus funds from the 2015 and 2016 budgets.

In this regard Cllr Charlie O’Connor said that in welcoming this vital investment in the future of the Stadium, it is also important to wonder if council management could give the matter further consideration.

He said that the scale of the project raises the question that the ambition of the project should be further challenged and added that the council should still consider the merits of a wrap-around horse-shoe stand.

Cllr O’Connor also hoped that the council would continue to consult the Department of Transport, Tourism and Sport and also the FAI who should be asked to assist the project.