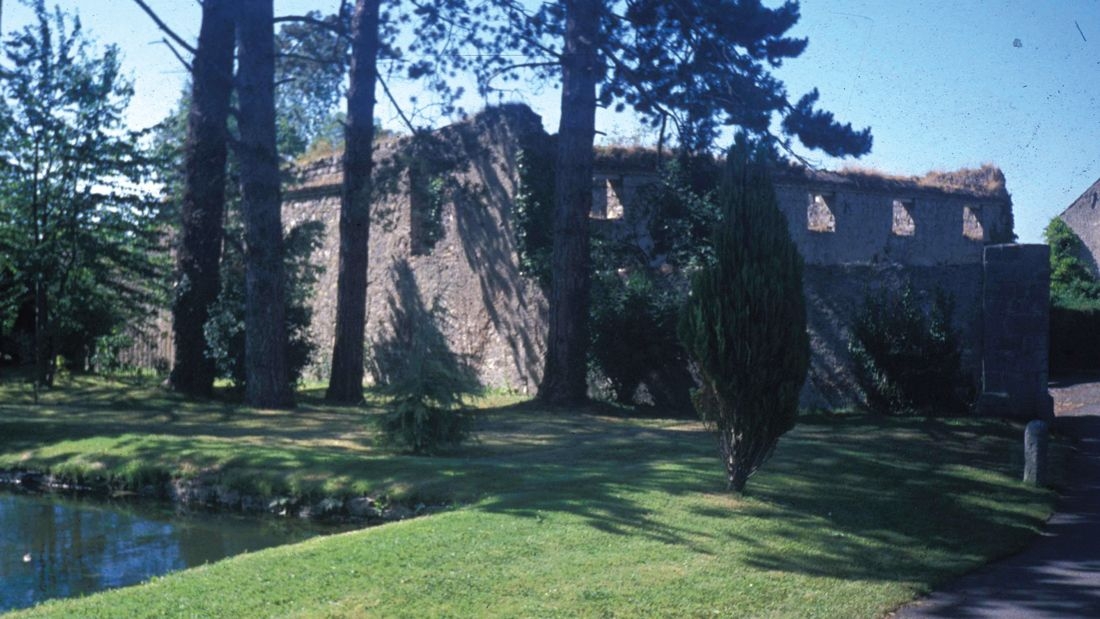 A long way from the peaceful park it is today, the lands of Corkagh Park once encompassed the home of a local rebel leader and mills which produced gunpowder for the British army.

Corkagh House originally started off as a small country house built around 1650. However, the house was developed between 1702 and 1714 when a large extension was added on to the building.

Kilmatead Mill and Pond in 1988 (Sourced from South Dublin Libraries)

During its time, Corkagh House had a significant number of rooms which included a study, a drawing room, ten bedrooms, a library, and a dining room.

The area around the house also included a tennis court, a rose garden, and a number of glass houses, fitting for one of Dublin’s upper-class families.

During the year 1716, it was recorded that a man named Thomas Finaly, a banker, was renting Corkagh House, the property which he eventually bought at an auction 34 years later in 1750.

After this purchase of Corkagh House, the property stayed in the possession of Finaly’s descendants for over 200 years.

Over the centuries that followed, the descendants of Finaly obtained more and more land surrounding the house which gradually made up Corkagh demesne.

Thomas Finaly’s son, John Finaly is one of the most interesting figures who resided at Corkagh House. John was an influential man in Dublin during the late 18th century, serving as a colonel and an MP between the years 1776 and 1797.

Although he was a leader of the Uppercross Fusiliers, a volunteer regiment of the British army, John Finaly later became a Lieutenant Colonel of the Dublin Militia and was involved in rounding up rebels in Clondalkin for the 1798 Rebellion that was launched by the United Irishmen.

Given his support for armed activity, it is not surprising that John Finaly was supportive of the production of gunpowder at Kilmatead.

According to the author Joe Devine, the mills supplied substantial amounts of gun powder for the state’s forces at the time.

Given the sort of production which happened at gun powder mills, the mills located on the Corkagh Estate were subjected to a number of explosions during their time in operation.

An example of this being in 1733 when the mills had to cease production and close for a short period of time due to an explosion at the location.

This would have been quite an inconvenience in the local area as many people were employed at the mills. However, the temporary cessation of work was not the only problem locals faced if there was an explosion.

According to reports, an explosion at the mills in Corkagh in April 1787 was so immense that it left the mill completely destroyed and also caused damage to a number of buildings in the Clondalkin area due to the force of the explosion.

As mentioned by the author Joe Devine, because of the strategic importance of the mills for the supply of gun powder to the state, they were rebuilt to resume production.

The mills at Corkagh had a number of different owners during their time, producing gun powder throughout the 18th century and into the early 19th century until after the Napoleonic wars.

The lands where the house once stood were later acquired by Dublin County Council during the 1980s, who developed the area and opened it to the public in 1986 as Corkagh Park.

NEWER POSTeBeauty: Grove brow tidy
OLDER POSTNature on our doorsteps: The ability of walking on water