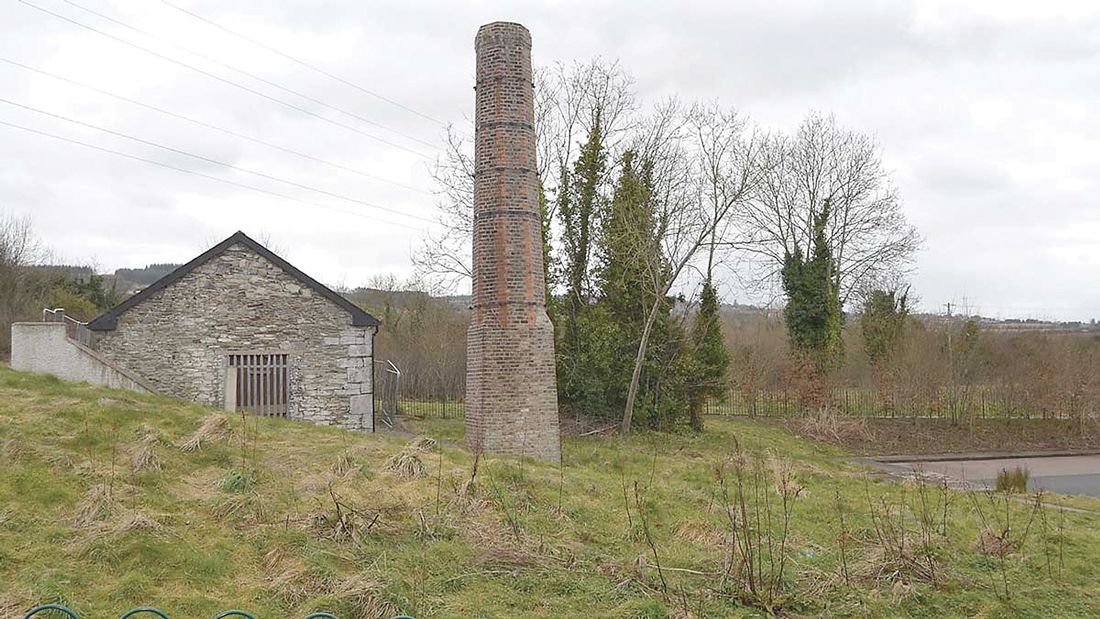 Founded during the eighteenth century, the production of paper at Swiftbrook Paper Mills began around 1785 and had a long history as an important economic establishment in the community in Saggart.

Part of the old Swiftbrook Mills in Saggart

The first owner of the mill was a man named John McDonnell, who bought a flour mill at the site in Saggart and converted it for the purpose of paper production.

The paper mill became a key provider of jobs for many locals in the community of Saggart as well as the nearby areas of Rathcoole, Newcastle and Brittas.

The mill became widely known in Ireland and abroad for its high-quality paper and Ancient Irish Vellum and Erin brands. The paper mill produced paper for everything from stamps and envelopes to paper for bank notes and official government documents.

This water wheel would have been significant in size being one of the largest in Ireland. The paper produced by the mill was made from rags which were collected daily in Dublin, many of which were offcuts from garment factories and material sold on by rag pickers.

Workers in the Boiler House at Swiftbrook Mills. (Sourced from South Dublin Libraries)

As production continued and increased over the lifetime of the paper mill, the site was developed and expanded with the addition of a second upper mill during the mid-nineteenth century.

As mentioned by local historian Mervyn Ennis, author of the book The Story of Swiftbrook Papermill Saggart, Irish revolutionary James Connolly used the paper milled at Swiftbrook for the production of his publication The Socialist.

This already existing business link between Swiftbrook and Connolly prior to the 1916 Rising undoubtedly influenced the decision to use paper produced at the paper mills in Saggart for the publication of the 1916 Proclamation.

The paper was taken to Liberty Hall where 2,500 copies of the proclamation were printed in secret on April 24, 1916.

With a lifetime of nearly 200 years, the 1916 Rising was not the only significant historical event with which Swiftbrook Paper Mill could be seen to play its part.

During the Great Famine in Ireland between 1845 and 1849, Swiftbrook Paper Mills employed more than 400 people at the height of the period of mass starvation.

Furthermore, during World War II, air-raid shelters were built on the grounds of the paper mills but went unused as Ireland was not a major target because of its neutral position during the conflict.

After nearly two centuries in operation, Swiftbrook Paper Mills finally closed its doors in 1972. This was certainly the end of an era and a change for the community as the mill had employed generations of local people during its years in operation.

In 2001, some of the site’s buildings were removed to make way for part of the site to be redeveloped for housing.

However, the paper mill’s chimney, single-storey mill building, and rag store are still standing today and are all protected structures.

Both the mill chimney and single-storey mill building had restoration and conservation work completed on them in 2014.