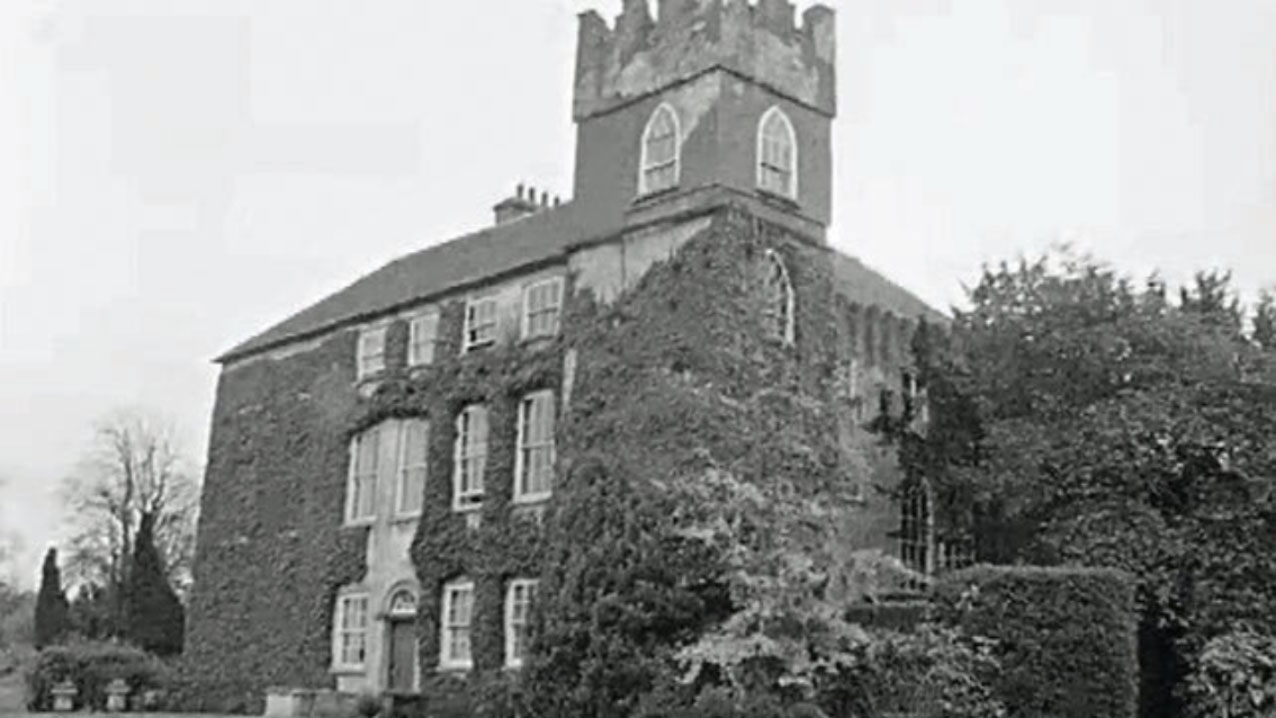 For this week's issue we are hopping on a 27 bus stop near Walkinstown Roundabout, and alighting eight stops later on Mayberry Road/Greenhills Road.

For it is in what is now known as the Parish of Kilnamanagh that we first start this story.

Belgard Castle was once a site that defended the Pale

Previously I wrote in this column about the well pertaining to St Brigid that is located in this part of Tallaght, nestled between houses on Elmcastle Walk.

What I did not know until I recently took a trip to Tallaght Library and browsed through their brilliant local history section, was that a castle also existed here.

The dwelling was located just off the Greenhills Road, and was part of the Belgard Estate, which was owned by a man with the grand titles of The First Duke of Wharton and Marquis of Malmesbury and Carlow.

Philip Warton came to Ireland at the age of 18, whereupon he was granted the title of Marquess Catherlough (now Co Carlow), which gave him the honour of representing the area in The Irish House of Lords.

A man of considerable wealth he loved to travel, and spent quite a bit of time in France and then Switzerland.

He was a prolific gambler, as well as an investor in shares and a bad one at that.

His losses led to him selling his Irish Estates to pay off some of the debt, and among them was the large parcel of land in what is now Tallaght.

The famous Talbot family, whom we previously mentioned in the piece on Templeogue House and are more so known as the previous owners of Malahide Castle, now took over.

It was then that Belgard Castle was built on the upper end of this parcel of land.

Robert Talbot is the first known occupant of the castle and he represented Wicklow in the Irish Parliament.

However as a result of fighting against the henceforth victorious Cromwellites, he had his lands taken from him, and like many in his situation he fled to Flanders and took up arms on behalf of the French.

Like a lot of buildings that were located near the Dublin and Wicklow Mountains the owners of the house had to regularly fend off attacks from the Irish tribes who resided in the hills.

The Dillon family had a palatial lodge up in Ballinascorney, but the building now lies in ruins.

In and around the year 1661 and long after Oliver Cromwell had passed away, the period known as ‘The Restoration’ took place in Ireland.

This was a process were those who had their lands taken from them by Cromwell could stake a claim to have their lands returned to them.

While many were unsuccessful in their efforts, the Talbots were one of the small number who actually had their lands restored to them, among them the Belgard Estate.

The castle and it’s land later transferred into the ownership of Evory Kennedy who rose to become President of the College of Physicians, which was a position that afforded a person enormous influence and opened many doors with sizable opportunities to increase ones wealth and stature.

Yet again, the name William Speaker Connolly pops up in this column.

As I have previously spoken about in greater detail, this Donegal born son of an innkeeper became one of the wealthiest people in Ireland.

Castletown House and The Hell-Fire Club are probably two of his best known land holdings, but he also owned Belgard and Kilnamanagh Castles and the land that came with them.

At the turn of the 17th century Dublin had a population of around 10,000, but just 60 years later it swelled to double that number.

Great changes were planned for the city around this time, with what was then known as ‘Hoggen Green’ – a settlement set up by the Vikings around the 12th century – was levelled to the ground and construction of what we now know as College Green was undertaken.

It was also at this time that two significant buildings were constructed in Kilmainham, notably the Royal Hospital and the now world-famous Kilmainham Jail.

The hospital was built to look after soldiers who had been injured fighting for the British Crown in overseas wars, while many a young man who stole a loaf of bread from a cart out of dire necessity found themselves sent to the jail for a period of time.

It also housed for a time some of Ireland’s most notable luminaries, one of them being Charles Stuart Parnell.

The man technically overseeing all of these grand developments, vis-a-vis his role as Speaker of the Irish House of Commons, was the owner of the Belgard lands.

The Castle is still in existence today and forms part of the headquarters of giant Multinational company Cement Roadstone Holdings (CRH), while Kilnamanagh Castle is long gone, with a large housing development now standing in it’s place.