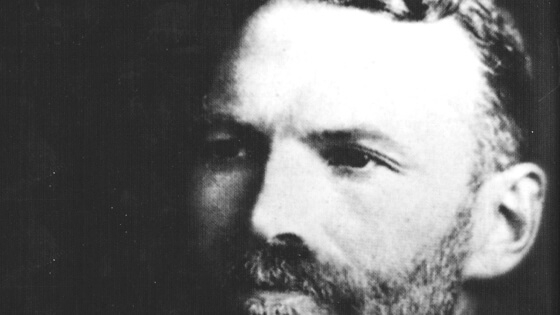 For this week’s column we are walking a short distance from Seville Place to Amiens Street where we shall be hopping on a 27 bus at stop 675 Connolly Station-Amiens Street.

We will alight at stop 2603 Greenhills Road-Bancroft in Tallaght village where this week’s person of interest – noted Trade Unionist William O’ Brien – once also represented the people here as their local TD.

The man who would later become heavily involved in the Labour Party was born in Clonakilty, Co Cork in 1881.

At this time the people living in the town were working mostly in the agricultural sector but, given its close proximity to the coast, there would also have been a notable number of residents who would have worked in the fishing industry.

Very little is known about his early life but many sources confirm that he and the rest of the family moved to Dublin in 1897 whereupon he became an active and enthusiastic member of the Irish Socialist Republican Party which was founded by the noted Socialist theorist James Connolly.

With an all-powerful Catholic Church sternly opposing anything it saw as being in anyway linked to the growing ‘Communist’ Movement, coupled with a lack of finances, it made it very difficult for his party to get its message out and organise in any proper fashion.

In 1909 James Larkin, the senior representative for Ireland for the National Union of Dockers had had enough of the undemocratic actions of the union’s leader Ben Tillett, who routinely did unsatisfactory deals with bosses when his members were well up for taking strike action. This strike action would have likely gained them better pay and working condition improvements had Tillett not gone behind their back.

With the help of others, including O’Brien and Connolly, the Irish Transport and General Workers Union was formed and Irish workers now had a union solely focused on them. Many left their UK-based unions to join the new formation.

Four years later the man from Cork was to play a key role in one of the seismic events in Irish history, the 1913 Lockout.

This mass strike started when the biggest employer in Ireland at the time and one of the richest men in the British Isles William Martin Murphy told his workers they had to renounce the ITGWU or face losing their jobs.

When they refused to promise to have nothing to do with the union and instead declared they would continue to be active members, they were ‘locked out’ from their jobs.

However during this mass strike he came into disagreement numerous times with Larkin and Connolly particularly over the tactic of direct action which included damage to trams owned by the Dublin Tram Company of which Murphy was the biggest shareholder, amongst other actions.

While some in the union believed it was only when you fully hit the employers in the pocket by any means necessary that they will come to heel, O’ Brien was very much the pacifist who deplored violence of any sort.

But he still played a crucial role in the struggle helping to ensure as many families as possible caught up in the strike had food on the table and the ability to heat their accommodation amidst the cold weather.

When the Great War had reached its third year, the British Administration in London prepared to roll out conscription to the Republic of Ireland. The toil of battle had its toll on the numbers of soldiers fighting in France and Belgium.

The Trade Unionist found himself arrested and jailed on numerous occasions for his anti-conscription activism, but the work of the unions and others had the desired effect as the London government was forced to abandon the full roll-out of its conscription policy in Ireland.

In 1922 he became a member of Dáil Éireann when he was elected in the Dublin South Constituency which counted Lucan, Clondalkin, Tallaght and Rathfarnham within its confines, gaining almost 18 per cent of the total vote in the process.

A year later O’Brien’s overall stance won the day and a disgruntled Jim Larkin left the ITGWU to set up a new rival union.

In the following general election he instead stood in the Tipperary Constituency where he won a seat in the June 1927 contest, but he went on to lose it soon after when the country once again went to the ballot box in September.

In 1930 Leon Trotsky, the noted revolutionary, was hounded out of the Soviet Union and O’Brien sought but failed to convince the government to offer asylum in Ireland to the former spearhead of the Red Army.

In 1937 Kildare Street once more came calling as the Labour Party Representative was once more returned to the nation’s parliament in the Tipperary Constituency.

He also continued to build the reputation and strength of the union before he retired from his role as a TD and a union activist in 1946 to enjoy 22 years of retirement before his death on October 31, 1968.