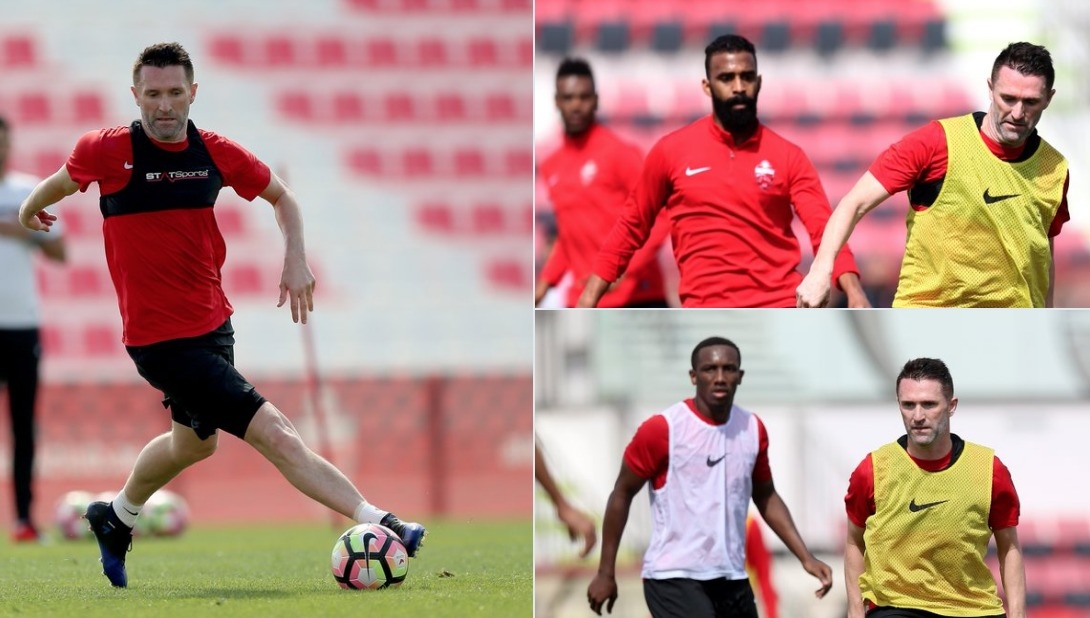 Robbie Keane trains in Dubai ahead of potential move

With much speculation surrounding Robbie Keane’s future, there are suggestions today that the Tallaght native will join Dubai club, Al-Ahli.

Keane (36) has been linked with teams including Shamrock Rovers, Leeds United and Preston North End since his contract with LA Galaxy ended late last year, but pictures shared this morning show Keane training in Dubai.

Could the Republic of Ireland’s all-time top scorer be on his way to Dubai?

NEWER POSTUnique three-day wedding dress sale set for Green Isle Hotel this weekend
OLDER POSTHave you ever found a cigarette butt in your bag of chips?