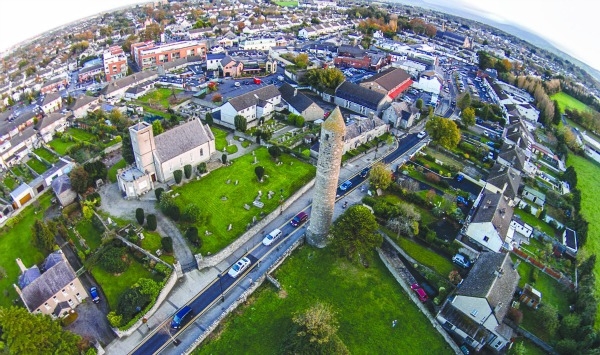 HIGHLY anticipated works on the Round Tower heritage centre are expected to commence on May 9.

Proposals for the €1.2m development, are set to include a visitor centre, a monastic garden, café, craft shop.

When completed in 12 months, the centre is likely to bring in additional revenue for the local economy – in terms of tourism and revenue.

Independent councillor Francis Timmons welcomed the plans, which will represent “a focal point for our village.”

Cllr Timmons said: “It will contain our local history and achievements, St Johns Church, St Brigid’s Well, Tully Castle, St Joseph’s Graveyard, RIC Barracks, and many other places of interest, which are testament to the long and rich heritage and history we have in Clondalkin. It is expected it will bring in tourists from far and near and enhance and enrich our community.”

Cllr Timmons asked South Dublin County Council for an update on works at the Clondalkin ACM this week.

In response, SDCC said: “Tenders have been received and evaluated for the construction of the visitor centre. A contract will be signed in the coming fortnight and construction on-site will begin in the week commencing May 9. Works will be completed within twelve months.

“Archaeological excavations on-site are now completed and a report will be prepared for the National Museum on all the findings. The second stage of the tender for café / retail franchise has issued. A tender for the exhibition-content and design will issue in the next fortnight.”

Cllr Timmons continued: “Clondalkin is believed to have been founded by Saint Cronan Mochua as a monastic settlement on the River Camac over 1,400 years ago. Next year we will have a heritage centre which will showcase our wonderful village.

‘’We are now a very multi-cultural and diverse community, and I look forward to this being reflected in the centre.”