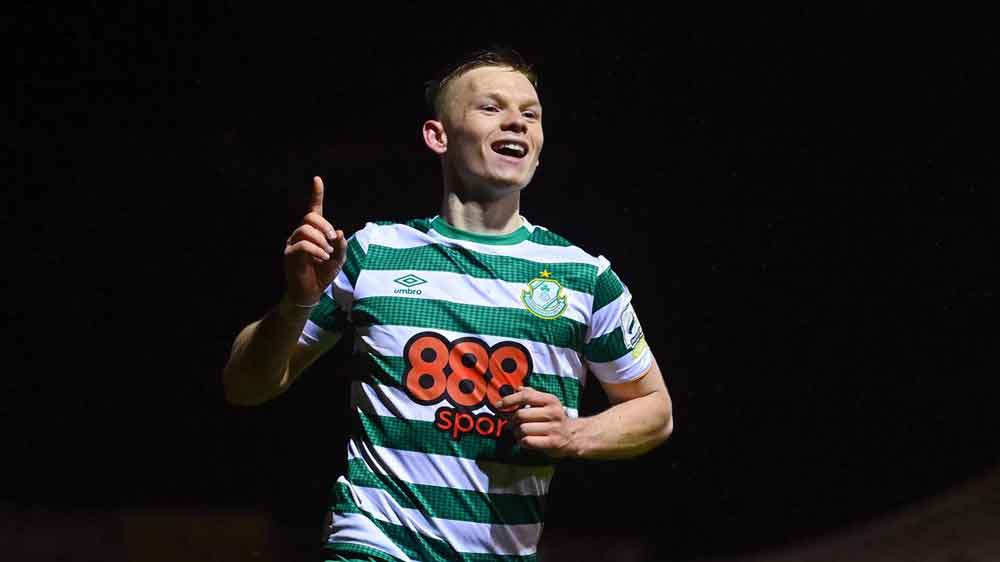 Andy Lyons will leave Shamrock Rovers for Blackpool in January

Having only joined the Hoops just prior to the start of the season, Lyons has made a telling impact with Stephen Bradley’s outfit in that short space of time.

Indeed, the former Bohemians player, who has slotted in nicely at wing back for Rovers, has hit the net eight times in 32 appearances for the Tallaght side and fired home the winner in their 2-1 FAI Cup triumph over Drogheda United on Sunday.

He will not be making the move to Blackpool until January, meaning he is still set to play a significant role for Rovers in their push for a League and Cup double, as well as their UEFA Europa Conference League campaign.

In a statement released today, the club said ‘After initial approaches were declined, Shamrock Rovers FC has accepted an offer from English Championship club Blackpool FC for the transfer of full back Andy Lyons.

‘Crucially for Rovers, the transfer will not take place until January 2023.

‘Andy has been with the club for eight months, having signed to play as a full-time professional with European football opportunities and has excelled in his relatively short time at Rovers.

‘The undisclosed fee is significant with the potential for additional performance-based benefits accruing subject to Shamrock Rovers FC over the term.’