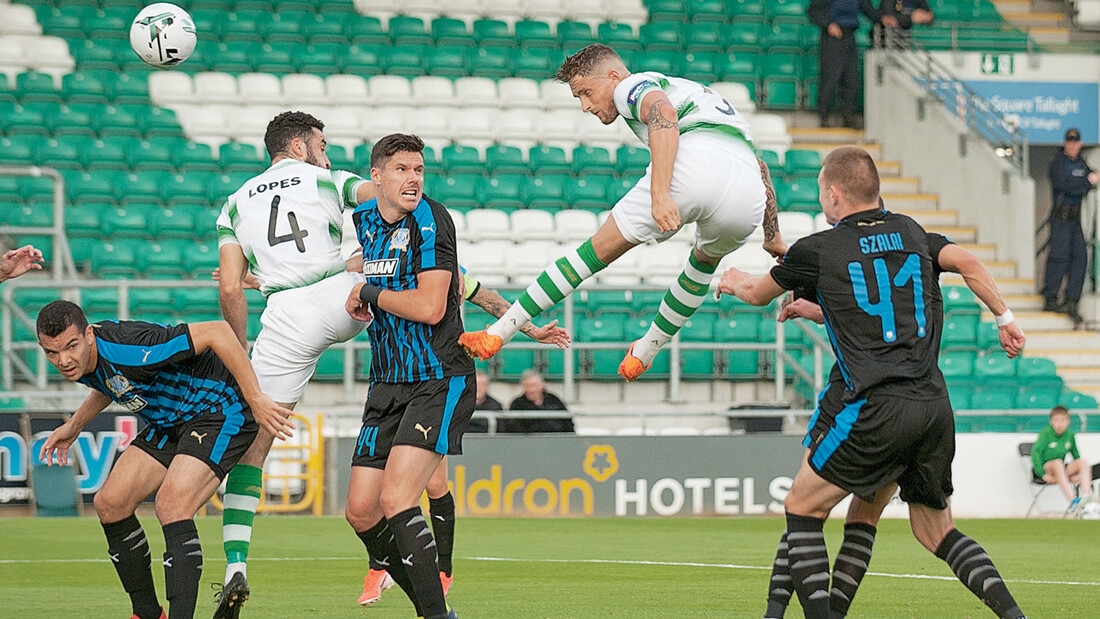 Rovers aiming to finish a tough job in Cyprus

SHAMROCK Rovers will bid to secure their place in the third round qualifiers of the Europa League when they face Apollon Limassol in the Neo GSP Stadium in Cyprus tonight.

Stephen Bradley’s side carry a 2-1 lead into this tie and will be hoping to finish, what is sure to be, a tough job tonight in securing further passage through to the third round where they would play Austria Wien.

Just as they did the week before against first round opponents SK Brann from Norway in Tallaght Stadium, Rovers battled back from a goal down against Apollon in front of their home supporters last Thursday.

Indeed they fell behind to a stunning strike by Fotis Papoulis just five minutes in before restoring parity nine minutes later by way of a superb header by centre half Lee Grace.

And it was his partner in defence, Roberto Lopes who served up the winner in the second half when he met Jack Byrne’s free kick with a delightful glancing header.

While that score gives Rovers the advantage, they know only too well they will have to deliver a top-drawer performance if they are to maintain it against an Apollon outfit that reached the group stages of the competition last season.

What’s more they will be coming into the tie on the back of a disappointing 1-1 draw away to Cork City that has made the prospect of winning the Airtricity League title all the more remote as defending champions Dundalk now hold a seven point lead and a match in hand.

Rovers were trailing to a Daire O’Connor goal 34 minutes in at Turners Cross before Aaron McEneff restored parity 14 minutes into the second half.

Yet the Hoops will be looking to put that setback behind them as they bid to move to within one round of a return to the Europa League group stages since they became the first Irish club team to make it that far back in 2011.