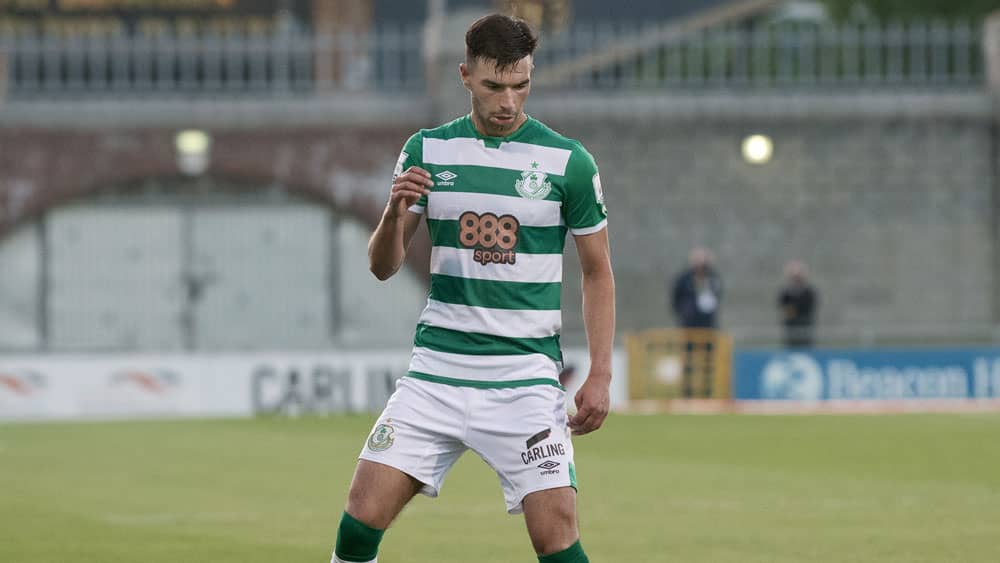 Rovers fall to a derby defeat against the Gypsies

Despite Danny Mandroiu adding to his impressive seasonal tally against his former club, Shamrock Rovers fell to a 3-1 defeat at the hands of arch-rivals Bohemians in the SSE Airtricity League Premier Division at Dalymount Park last night.

Adding to a Lee Grace own goal, Promise Omochere and Robert Cornwall also found the net to earn the Gypsies all three points in a Dublin derby encounter.

This was an ideal confidence booster for the hosts ahead of their forthcoming FAI Cup final showdown with St Patrick’s Athletic in the Aviva Stadium.

While the league title has already been wrapped up for another year, the Hoops don’t take any reversal to Bohs lightly.

They will close their season out at home to Drogheda United next Friday and it promises to be a carnival atmosphere with the league crown set to be handed over to Rovers skipper Ronan Finn.

There was some exciting news for Hoops fans in advance of the game, after news filtered through that Jack Byrne was in line for a sensational return to the Tallaght club.

A Premier Division and FAI Cup winner with Rovers during a memorable two-year stint, Byrne is currently back in the capital after an unsuccessful spell in Cyprus with APOEL Nicosia.

Following his departure, Mandroiu was recruited from Bohemians and he has been a consistent performer for Stephen Bradley throughout much of the term.

After Grace unfortunately finished to his own net just past the half-hour mark, the former Republic of Ireland U21 international headed home a Dylan Watts delivery for his 15th league goal of 2021.

Rovers were aiming to push on from this point but were instead hit with a brace of sucker punches towards the end of the opening period.

With 42 minutes gone on the clock, Omochere broke in behind the Rovers back-four and took the ball around Hoops netminder Leon Pohls before restoring his side’s one-goal lead.

Cornwall immediately followed up with a score of his own to give the Gypsies a 3-1 interval cushion.

Mandroiu and Watts continued to threaten on the resumption, while Graham Burke was also a lively presence in the final-third.

It wasn’t to be in the end for Bradley’s troops, but with 14 points separated them from St Pat’s, it is still set to go down as one of the more emphatic title victories.