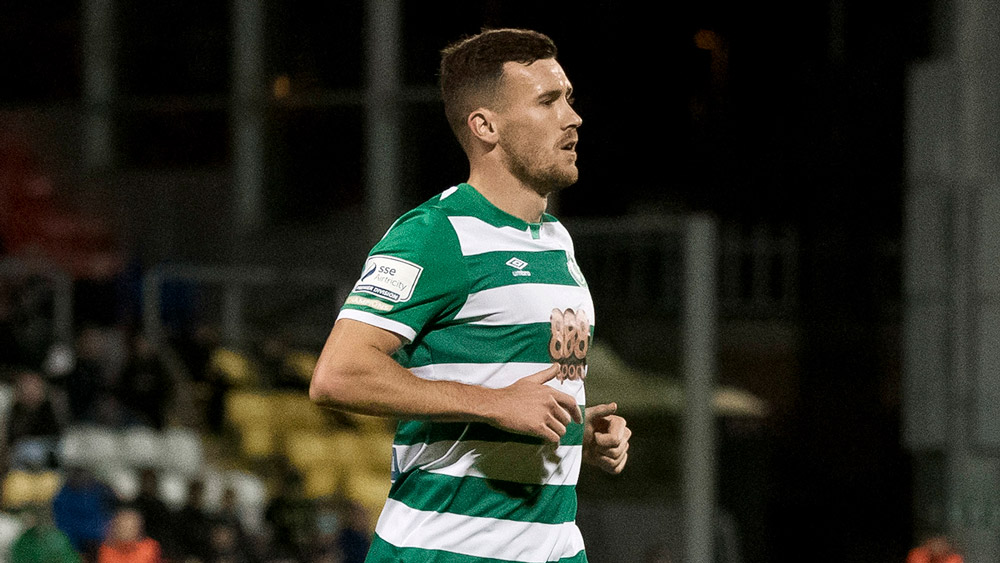 Rovers put Dundalk to the sword to cement top spot

SHAMROCK Rovers took a giant step towards securing a third consecutive SSE Airtricity League Premier Division title with a comprehensive 3-0 victory over Dundalk at Tallaght Stadium on Sunday.
Managed by former Hoops player, Stephen O’Donnell, who guided St Patrick’s Athletic to FAI Cup success last November, the Lilywhites have emerged this year as the Hoops’ main challengers and had come into this contest with just three defeats to their name.

Rovers had suffered a heavy reversal to Hungary’s Ferencvaros in a UEFA Champions League qualifier just five days earlier, but were clinical and professional on their return to domestic duty.
Despite having played a game less, Stephen Bradley’s men are now seven points clear at the Premier Division summit.
There were just 13 minutes gone on the clock when Rovers took the lead in this game through Aaron Greene.

Off a quick counter-attack up the left-hand side, the Kilnamanagh native made no mistake with a smooth strike to the net.
It was another local star who increased the Hoops lead just beyond the half-hour mark – Inchicore’s Richie Towell getting on the end of a Greene delivery to leave the hosts firmly in the driving seat at the break.
While Rovers had to be wary of a potential Dundalk backlash, the outcome was placed firmly beyond doubt on 68 minutes.

Greene was once again the creative force for his side’s third, bursting up the left flank before picking out his attacking partner, Rory Gaffney for a composed finish.
In front of a crowd of 5,525, Greene was a deserved recipient of the SRFC TV Man of the Match and further underlined his importance to the Shamrock Rovers cause.