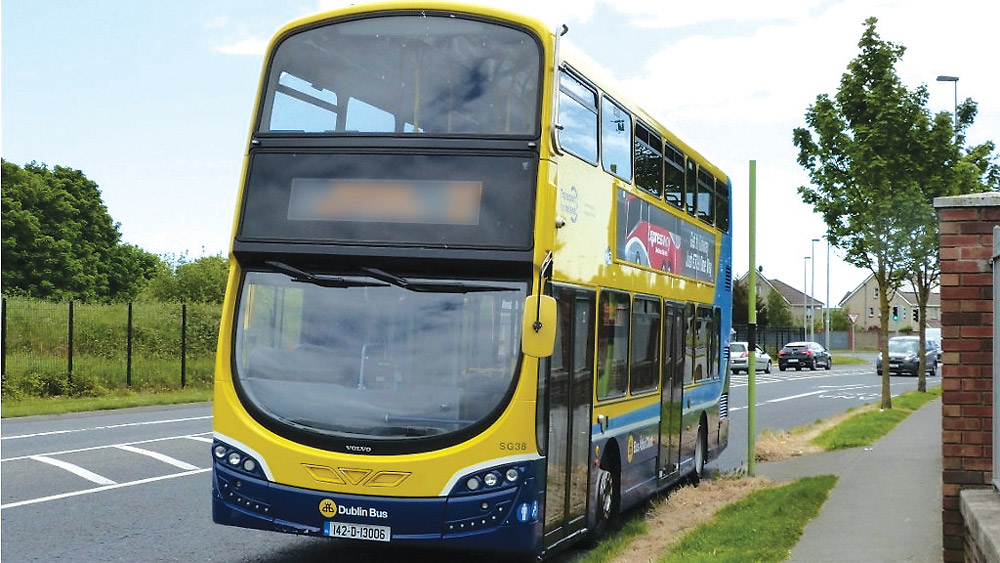 The alleged attack happened on the number 15 bus

Man assaulted on No. 15 bus in suspected homophobic attack

A 26-YEAR-OLD was assaulted in a suspected homophobic attack on the No. 15 bus in Templeogue on Sunday, leading to renewed calls for a dedicated Garda transport policing unit

Posting on social media, Mark Sheehan said he was on the  No. 15 in the early hours of Sunday morning coming home from a night out in town with his friends, when a group of young men began using homophobic slurs.

Mr Sheehan said he confronted the group about their use of the slurs – which he said the group used to “mock and jeer” him and his friends for the duration of their journey.

A pair of headphones that Mr Sheehan was holding were then kicked out of his hands and across the bus by one member of the group, and as he was leaving the upper deck of the bus, he was headbutted by the same young man.

“I looked down and saw blood covering my shoes,” Mr Sheehan wrote on Twitter.

He then alighted the bus, after going downstairs and asking the driver to call the gardaí and not to move the bus. Mr Sheehan said the driver refused, so he left the bus.

“He told me to get off before they come down and cause more trouble,” he said. “No one intervened and the driver took off with the attacker still on the bus.

“I am completely shook up by this. I spent the following six hours in hospital.”

On Tuesday morning, Mr Sheehan posted an update saying he was “very sore and swollen” adding that he has some “hazy memories” from being headbutted and the ensuing adrenaline.

A garda spokesperson said: “Gardaí are investigating all the circumstances of an assault on a man in his 20s that occurred on the Firhouse Road at approximately 4am on Sunday, August 14.

“The injured party was taken to Tallaght University Hospital for treatment of non-life-threatening injuries. No arrests have been made at this time. 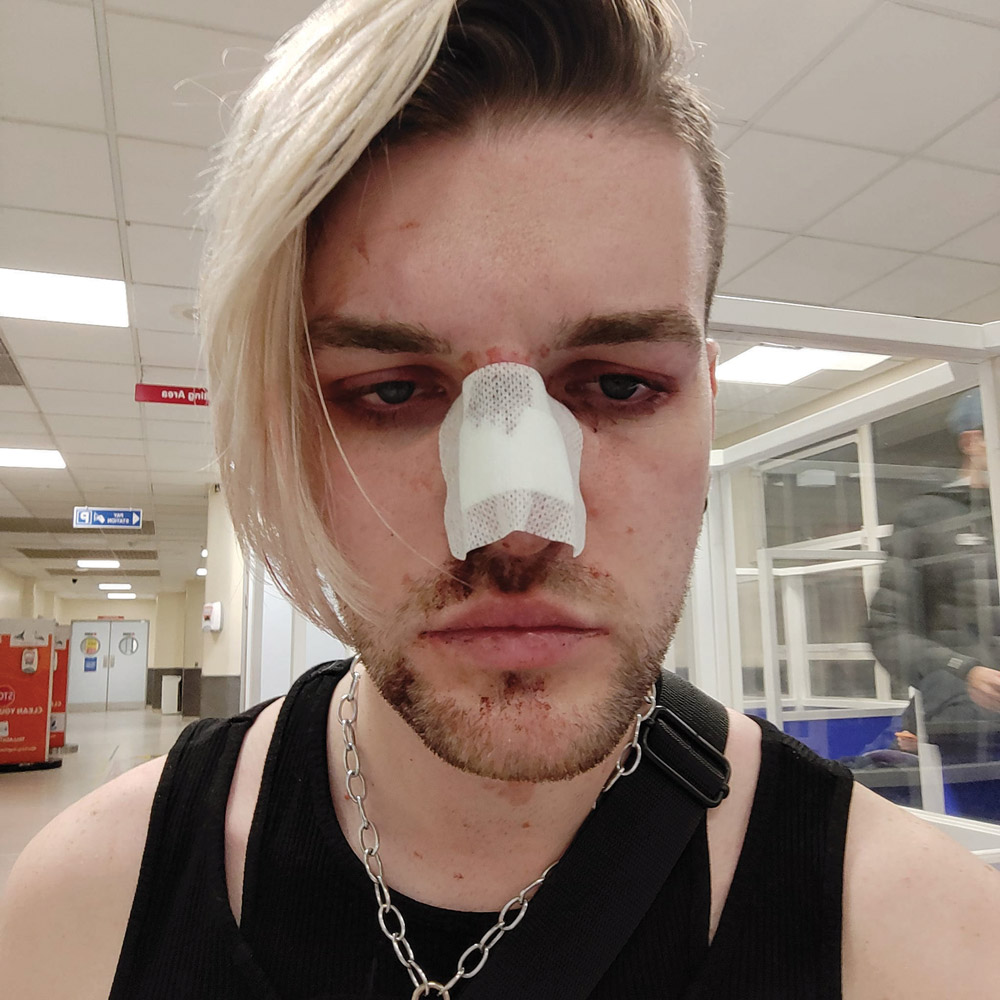 “Gardaí are appealing for any witnesses or for anyone with any information in relation to this assault to contact Tallaght Garda Station on 01 666 6000, the Garda Confidential Line on 1800 666 111, or any garda station.”

The assault has led local Fianna Fáil TD John Lahart, who condemned the attack, to issue a renewed call for a dedicated Garda transport unit.

Deputy Lahart said: “I strongly condemn the actions of the small minority who subject others to abuse or attack resulting from their own prejudice.

“In recent months we have seen vicious crimes take place. This cannot and will not be tolerated.

“An inclusive Ireland is one where crimes motivated by prejudice, hate or bigotry are not tolerated and work is ongoing as a priority to legislate against hate crime and hate speech, to ensure that Ireland is fair, safe and inclusive for all.

“Unfortunately, such incidents have become far too commonplace, particularly on our public transport services.

“The safety and security of passengers and staff must be paramount. It is in the public good in every sense that public transport is used, embraced and an attractive option for the travelling public.

“It needs to be affordable, efficient but also safe.

“In order to further enhance and strengthen our services across Dublin and indeed nationwide, Fianna Fáil want to hear the views of passengers and commuters on how we can best support safer public transport for all.

“Last month we launched a transport safety survey asking commuters how safe they feel on public transport in Dublin. Such was the response, the survey has now been extended nationwide.

“My colleagues and I in Fianna Fáil will continue to campaign for the introduction of a dedicated Garda transport unit to help protect people using public transport.

“There needs to be a consistent approach to this. We must have a consistent and effective mechanism for security on public transport. People must feel safe.”

Deputy Lahart concluded by saying that he wishes the man who was injured during this shocking assault a full and speedy recovery and would appeal for anyone with any information in relation to this assault to contact Tallaght Garda Station.