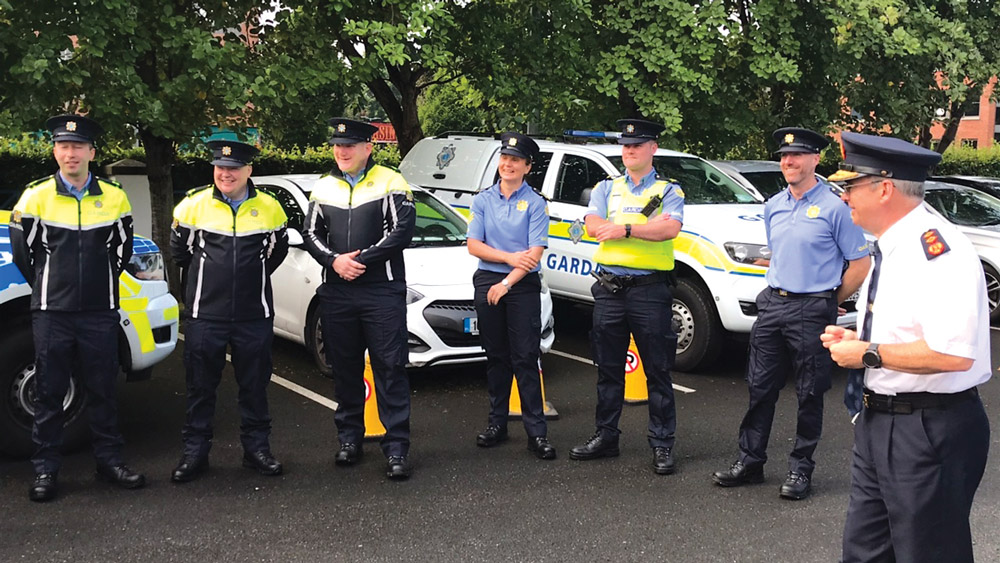 THE new operational uniforms for gardai which came into operation this week and was launched outside Tallaght Garda Station on Monday morning by Garda Commissioner Drew Harris will cost in the region of €15m over three years.

Over the past number of months a logistical operation delivered the new uniform to approximately 13,000 members of An Garda Síochána of Garda, Sergeant and Inspector rank, in excess of 560 Garda stations across every Garda Region, Division, District nationwide. Logistics were also in place to facilitate size changes and returns across the organisation.

This is the first time that elements of the uniform, other than the uniform cap, will feature the Garda Crest and demonstrates the respect held by An Garda Síochána for this unique symbol as we enter the second century of policing in Ireland.

The current uniform cap remains in operation as a unique and distinctive element of the Garda uniform.

“The new uniforms cost in the region of €15 million over three years,” according to the Garda Commissioner, Drew Harris outside Tallaght Garda Station.

“That is good value in terms of buying a uniform for some 14,000 members and then the subsequent updating and replacement of uniform.

“Also, you have to bear in mind that we have gone for a quality product which will withstand the rigours of day-in, day-out operational commitments.”