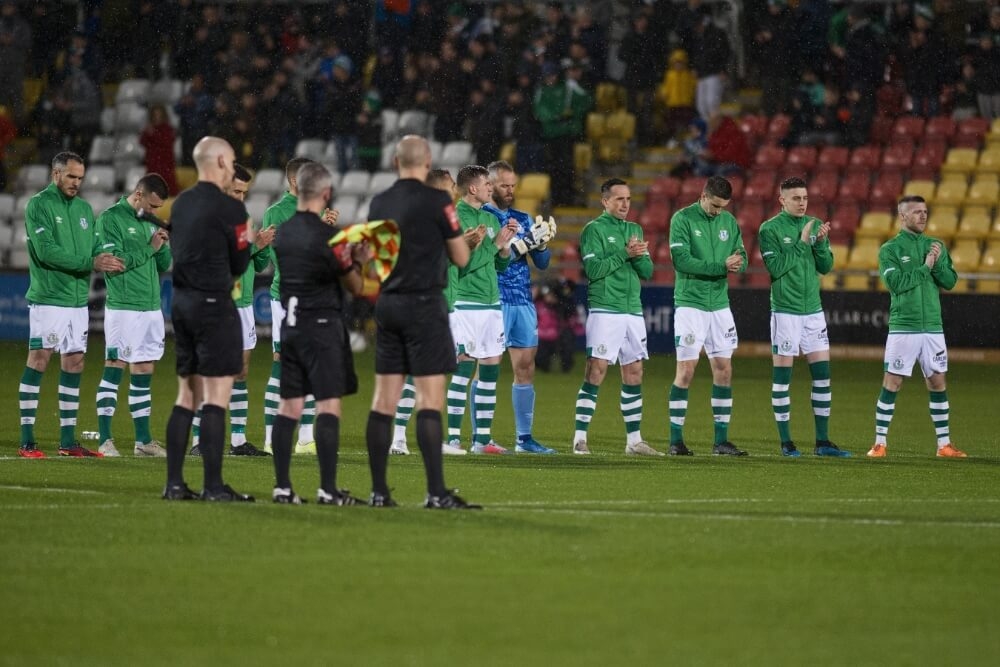 SHAMROCK Rovers have been handed a mouth-watering Europa League second round qualifying home draw against Italian giants AC Milan in a match to be played behind closed doors on Thursday, September 17.

The Hoops secured passage from the first round qualifiers last week following a dramatic 12-11 penalty shootout victory over Finnish side Ilves Tampere.

It is not the first time that the Tallaght side has played host to European powerhouses in the sport having welcomed the likes of Real Madrid, Juventus and Celtic to Tallaght Stadium in recent years.

Yet the visit of ‘i Rossoneri’ to Tallaght is sure to generate massive interest both at home and abroad as the Hoops now bid to pull off one of the greatest shocks in the history of European soccer.