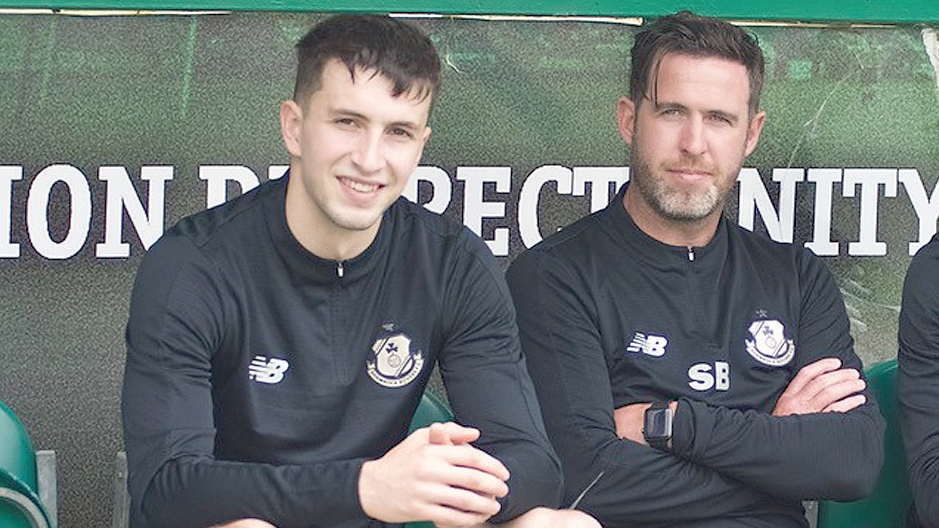 Rovers winger Farrugia wants to pick up where he left off

In what are frustrating times for everyone at present, many footballers have expressed their longing to get back on the field, doing what they do best. Shamrock Rovers and Irish U21 winger Neil Farrugia is no different.

Albeit an untimely halt to the season for all League of Ireland players, one could argue the timing of events given the Covid 19 pandemic comes at a more misfortunate time for the 20 year old in particular.

Farrugia opted for a move to the Hoops last Summer from neighbours UCD despite interest from English sides such as Middelsborough, QPR and Preston amongst others, with the completion of his education top of his agenda.

In what was a blistering beginning to the campaign for the Tallaght faithful with maximum points secured, he agrees the season’s ceasefire was ill-timed.

Speaking to The Echo he said: “ Look, we’d started the league really well at Rovers. We were playing well, getting some good results, so for it all to come to a stop is obviously misfortunate as we had some good momentum built up.”

With the pacey winger looking to cement a starting position with the current table toppers, he deems the timing of events unlucky on a personal front too, although determined to amend the setback once free to do so.

“I suppose as is the case with every player in a way, I wanted to break into the team and consistently make the starting eleven.

“The last three games I was starting and look, I can’t say these things happen as it’s something we’ve never really seen before, but once the league is back I’ll work hard to get back into it and pick up where I left off”, he said.

Although uncertainty reigns over the idea with many considering it a long shot, the prospect of a League of Ireland restart behind closed doors is currently hot on the agenda of Niall Quinn and his FAI comrades.

Farrugia, who is currently sitting his Biomedical Science exams with UCD, is all for the idea, if it means getting back out on the pitch playing.

“Look, I’m for getting back playing football whatever way it is. People have a lot of different opinions on the behind closed doors idea. You’ll have some players who are naturally wary of playing with Covid still going on, but I’d be for the idea to be honest.

“ I just want to get back onto the pitch as soon as possible and if that means playing behind closed doors so be it. I guess it does depend financially on what clubs are able to sustain it as there is a lot behind the idea, but for myself personally I’d be for it if it was safe to do so, just to get back playing as soon as possible”, he said.

On the international scene, Farrugia will be fondly remembered for that classy goal in Tallaght back in March against Luxembourg; a key moment of the Irish U21’s campaign in their quest for UEFA Euro qualification.

With three games left, the side sit top of the group as they bid to be the first Irish side to qualify for the competition.

Upon resumption, Jim Crawford will instead don the title of manager, with the influential Stephen Kenny promoted to Republic of  Ireland’s Senior team’s head coach. Farrugia feels Kenny’s promotion is good for Irish football as a whole and is confident Crawford can pick up where Kenny left off:

“Stephen Kenny is top class. I think the senior role is well suited for him and there is a bright future , not just for him, but for Irish football as a whole. He’ll bring a style of play that underage teams will observe and that means a lot for Irish football.

“Jim Crawford and Stephen worked closely together so I can’t see a whole lot changing. I feel we’ve been coached and drilled to play a certain way and we’ll obviously look to keep the momentum going that we have built.”

Whilst keeping sharp and fit by means of running programmes and gym classes through Rovers, the 6 foot 1 midfielder has also been keeping busy with a fundraiser he set up to help raise funds for a Virtual Visiting Service project that is being run by Tallaght University Hospital Foundation.

Farrugia has a Shamrock Rovers jersey signed by the 2020 squad that will be given away to one person who has donated to the gofundme page set up by the youngster.

Speaking of the fundraiser he said: “I got in contact with Tallaght hospital and they’ve got these projects underway for virtual appointments for patients who are in ICU and can’t see their loved ones given the infectious nature of the virus.

“These virtual appointments give the patients the communication they need during this tough time.”

With over €2,000 raised and the raffle taking place on Sunday, May 17, Farrugia finished by telling The Echo of his gratitude to all who have donated: “It’s been going very well.

People have been very supportive and I greatly appreciate everyone’s kind donations to the cause.”