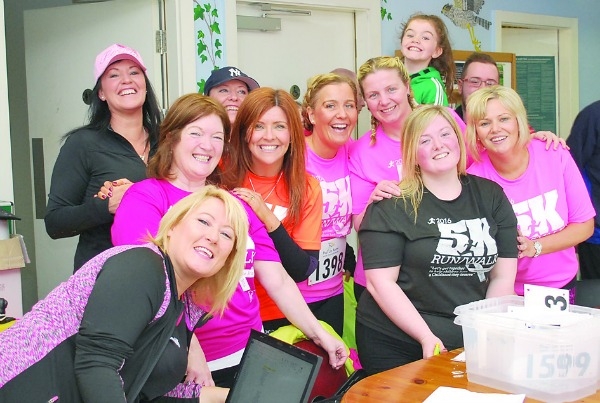 Run for Rita raises over €8,000 for charities

FOLLOWING the third annual Run for Rita 5k in Tymon Park, which saw the largest turnout of the event’s history, more than €8,000 has been raised for two local charities and a defibrillator for the Kilnamanagh community.

Organised by Kilnamanagh mother Glenda Curtis in memory of her mother Rita Savage, the Run for Rita took place on April 10 and saw more than 500 people take part in the family-friendly walk and run, which was followed by a raffle in the Kilnamanagh Community Centre.

The final figure for this year’s Run for Rita was €8,406 with the €1,200 raised at the raffle going toward a defibrillator for Kilnamanagh CFR and €3,603 each in aid of the Love Lexie and Warrior Joshua charities.

The Warrior Joshua fund will help toward the ongoing treatment and rehabilitation of two-year-old Joshua, who was born with a rare neurological disorder called Opsoclonus Myoclonus Syndrome (OMS).

Speaking to The Echo, Glenda thanked everyone who took part in the Run for Rita and helped to fundraise, donated toward and sponsored the event.