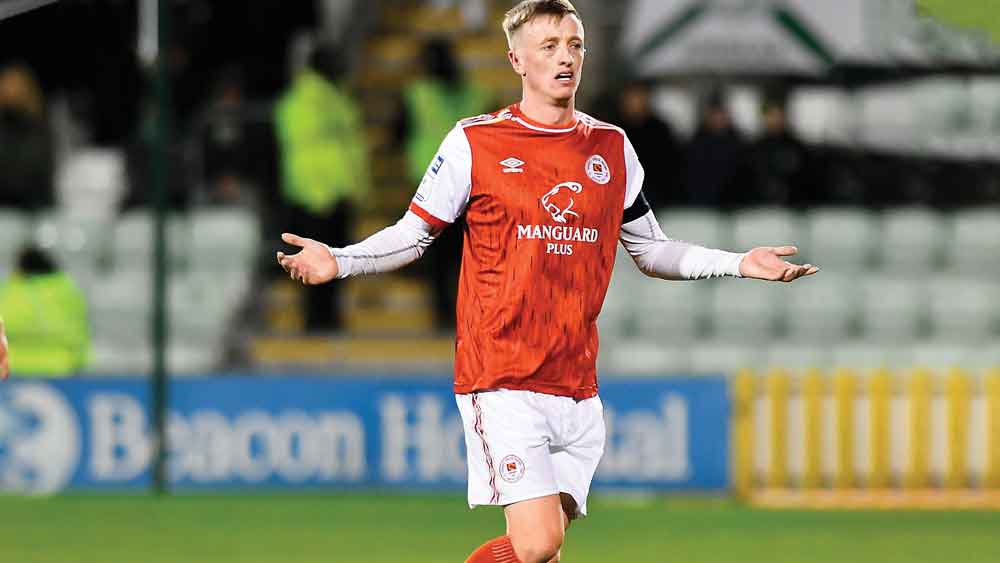 Saints secure a well-earned point on the road against Derry

St PATRICK’S Athletic followed up last Friday’s convincing win over Drogheda United by securing a share of the spoils in a 0-0 draw with Derry City at the Ryan McBride Brandywell Stadium yesterday evening.

Have lost out twice to the Candystripes already this season, the Saints were determined not to come away empty-handed from their latest meeting.

There were some fine opportunities for both sides over the course of the action, but they ultimately couldn’t be separated in a tightly-contested affair.

While this result keeps the Inchicore men in third spot in the SSE Airtricity League Premier Division, Derry have slipped down to second.

This is because – in addition to dropping two points in this game – Shamrock Rovers enjoyed an emphatic 3-1 success at the expense of Sligo Rovers and have now leapfrogged them into pole position.

After suffering a chastening 4-0 reversal at home to Derry just 10 days earlier, this trip across the border was a difficult one on paper for Tim Clancy’s charges.

It was their second meeting of 2022 at the Brandywell, with Will Patching’s stoppage-time strike helping Derry to record a 2-1 win there back on March 18.

Pat’s spirits had been lifted as a consequence of a comfortable 4-0 triumph over Drogheda on Friday. Still, a Derry side that have lost just one game thus far in this campaign were always going to be threatening and Jamie McGonigle was very close to getting on the end of a cross from former Saints player Matty Smith in the ninth-minute.

The hosts were largely being restricted to shots from distance, though Pat’s custodian Joseph Anang did claw away an Eoin Toal header on 36 minutes.

This was as close as either side came to taking the lead during the first half and clear-cut opportunities continued to be at a premium on the restart.

Tom Grivosti and Adam O’Reilly produced outstanding blocks to deny Derry on the hour mark, but the post rescued the Saints in the 73rd-minute off a Patrick McEleney effort.

Because of this, it now appeared inevitable that the deadlock was going to remain unbroken.

Chris Forrester and McGonigle both had a sight of the opposition goal in the closing minutes, but St Pat’s were more than happy to return home with a point to their name.