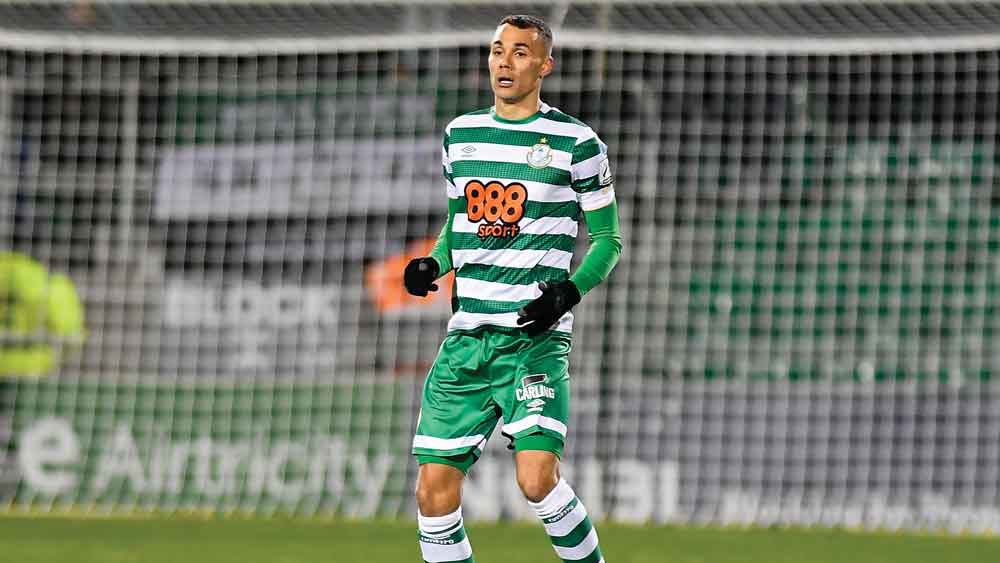 Graham Burke grabbed a second half hat-trick off the bench at Tallaght Stadium last night as Shamrock Rovers moved back to the summit of the SSE Airtricity League Premier Division with a 3-1 victory against Sligo Rovers.

Deadlocked at the interval, the subsequent introduction of Burke galvanised the Hoops’ challenge.

Aidan Keena did find the net for Sligo in the closing-quarter, but it proved to be a mere consolation for the visitors in the end.

One point adrift of Derry City in advance of this contest, the Candystripes’ stalemate at home to St Patrick’s Athletic ensures Rovers now lead the northerners by the same margin ahead of their meeting in Tallaght this Friday.

Managed by Perrystown native Liam Buckley, Sligo were making a swift return to Dublin following their 2-1 defeat at the hands of Damien Duff’s Shelbourne last Friday.

Max Mata appeared as a substitute in that fixture and fired marginally off-target in the early moments of this encounter.

Aside from that, it was a relatively tame opening to the proceedings with neither goalkeeper being overly tested by the opposition attack.

Aidomo Emakhu was given the nod to start up front by Hoops boss Stephen Bradley and he was keeping the Sligo defence on their toes. Nevertheless, the tie remained scoreless when the half-time whistle was sounded.

In an effort to create some daylight, Bradley added Burke and Rory Gaffney to the attacking mix on the resumption. Although the latter contributed in his own way, it was Burke who stole the show for the hosts.

From a corner on 55 minutes, the former Preston North End man poked the ball home to edge the Hoops into the ascendancy.

This helped the south Dubliners to open the floodgates as, within a minute of giving his side the lead, Burke found the net off a lightning-fast Rovers break.

This presented the Hoops with a firm stranglehold on the action, but Burke wasn’t finished there.

With 69 minutes gone on the clock, the three-times capped Republic of Ireland senior international made sure he came away with the match ball after delivering a smooth finish beyond the reach of Richard Brush.

The concession of an 81st-minute goal to Keena was the one blot on their copy book, but it could do little to dampen the mood amongst the Shamrock Rovers faithful.