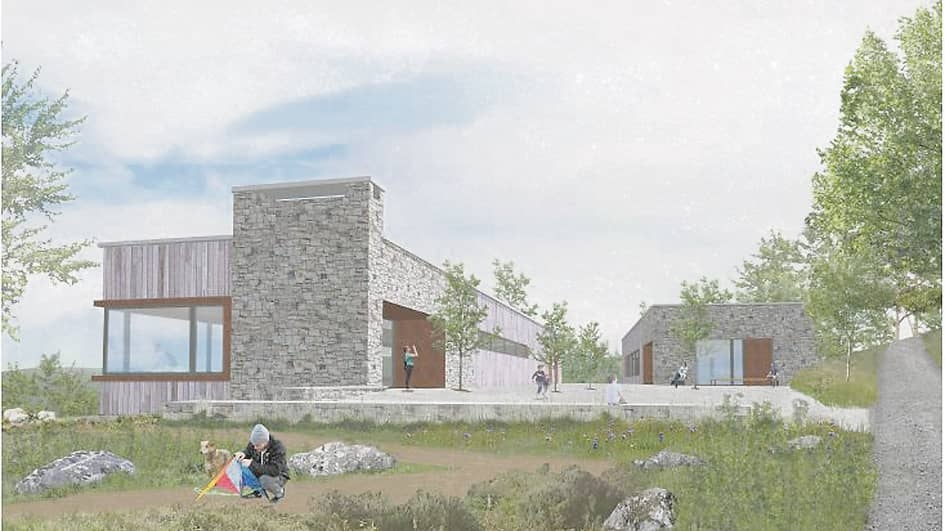 THE Save the Hellfire group has initiated a legal challenge against An Bord Pleanála’s “irrational” decision to grant permission for the proposed €19 million visitor centre at the Hell Fire Club.

As previously reported in The Echo, the tourism project includes plans for the development of a visitor centre with an exhibition space, a panoramic café, toilets, changing facilities, a walkers’ lounge, an education centre and retail at the Hell Fire Club.

An artist’s impression of the Hell Fire Club plans

Provision of a tree-top canopy walk connecting the centre with Massy’s Wood is also included in the proposal.

The plans were proposed by South Dublin County Council in 2017, before being put forward by the council, Coillte and the Dublin Mountains Partnership for planning permission.

Local farmers, conservationists and residents lodged objections to the plans, which led to An Bord Pleanála (ABP) holding an oral hearing about the development across three days in November 2018.

When speaking at the oral hearing, Paul Keogh, an architect for South Dublin County Council, said that a “do-nothing scenario” would be unsustainable as visitor numbers are expected to increase in the coming years.

Mr Keogh said that the aim of the development was to “accommodate a large number and wider range of users” and that there would be economic benefits as the visitor centre would increase the “dwell-time” of Hell Fire Club visitors.

ABP granted permission for the development last June, with a number of conditions, including the stipulation that the Operation Management Plan is to be updated to include proposals to ensure that there is no potential for conflicts between pedestrians and horses in Massy’s Wood.

This month, Save the Hellfire announced that they were pursuing a judicial review in order to overturn An Bord Pleanála’s grant of permission.

In a statement, the group said: “We have taken legal advice and the course of action is clear.

“We need to overturn the irrational decision of An Bord Pleanála to grant planning permission to South Dublin County Council for the Dublin Mountains Project, and our only option is to seek a judicial review in the High Court.

“The High Court is the only body that has the power to quash a decision by a public body such as An Bord Pleanála.

“This is a huge undertaking but it is essential if we are to stop South Dublin County Council.”

The Save the Hellfire group’s case is listed for a hearing in the High Court this November.