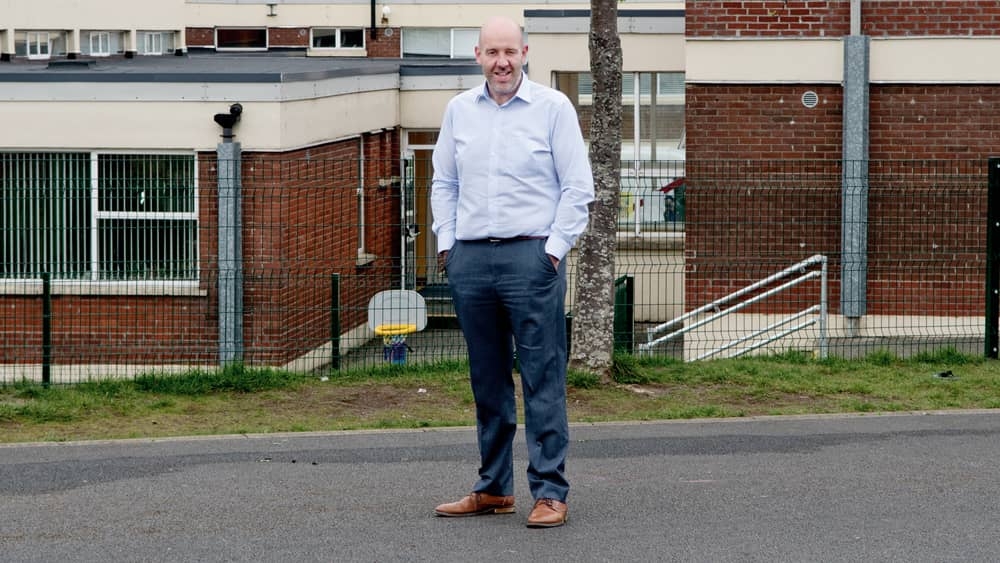 School is ‘frustrated’ with lack of resources

A TALLAGHT school which has grown steadily in recent years is continuing its campaign to secure Special Education Teaching resources that reflect its pupil numbers.

In the mid-seventies, St Dominic’s, located in Mountain Park, had around 2,000 pupils on site.

As Tallaght developed and additional schools were built, St Dominic’s numbers dipped – reaching their lowest in 2005 with 194 pupils.

However, due to a change in demographics in its immediate area, numbers at St Dominic’s have been steadily rising in recent years – jumping from nine classes in 2014 to 19 classes in September 2020.

However, St Dominic’s Principal Seamus Vaughan has said that Special Education Teaching (SET) resources has not grown in tandem.

In 2017, the Department of Education introduced a new system for the allocation of special education resources, which ‘profiles’ schools every two years.

St Dominic’s was allocated 157 SET hours in 2017, which the school believed did not fully reflect growing pupil numbers.

After a failed appeal, St Dominic’s looked forward to the allocation process in 2019 – at which point the Department identified, through its own system, that St Dominic’s allocation should increase by 50 hours (two teachers).

However, schools received only 20 per cent of their allocation in 2019 – which saw St Dominic’s receive 11 hours out of 50.

Two years down the line in March 2021, when schools were due to be reprofiled, the Department announced that all SET allocations for 2021 were frozen – with profiled allocations now set for September 2022.

“For schools like ours, which are developing, growing year-on-year, this is having a huge impact”, Mr Vaughan said.

“It’s devastating, it’s so hard to cater to the needs of our students.

“Parents expect a number of supports, which is their right and the right of their child.

“However, the special resources are so thinly stretched.

“I’m asking teachers to do more with less resources.

He added: “We can do a lot with two extra teachers, more one-to-one support, more in-class intervention…

“We’re not looking for anything extra, we’re just looking for the hours the profiling system, that the Department put together, recommended.

“We’ve gone through every appeal and review process…we’ve written letters to the Minister, the Department, local TDs, but no satisfactory response.

“We’ll keep the campaign going…every pupil in every school should have the special education supports that the Department has promised them.”

The Echo put a number of questions to the Department of Education.

In its reply, a spokesperson for the Department said: “For the coming school year, in order to minimise disruption and upheaval for schools as much as possible in light of Covid-19, and to provide for continuity of allocations, the existing special education teacher allocations for schools will be maintained for the 2021/22 school year, with re-profiled allocations now due to be made from September 2022.

“This means that schools will not have to engage in an extensive redeployment of posts, or re-clustering, this year.

“It also means that schools will have greater levels of certainty as to the staff that they will have in place for September.

“Where schools have growing enrolments year on year, they will receive an increased allocation, pending the next re-profiling.

The Department said that officials have met with education partners to discuss the ‘manner in which special education teachers will be allocated for schools for September 2021’, with engagement continuing.

NEWER POSTeBeauty: What is trending in make up
OLDER POSTGluepot on course for reopening to the public