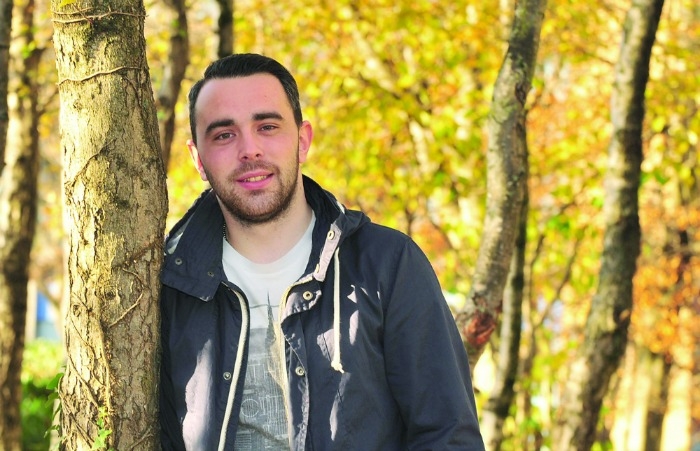 TALLAGHT writer Ed Larkin is back with a second, quirky offering which sees the former Templeogue College student putting his own twist on ten everyday topics.

Living in Springfield, Ed, who is 26, has been writing for most of his life.

However, it’s only recently that he started publishing his work, with his first book, ‘Ultimate Fight Chat – A Guide to Becoming an Armchair Expert’ released online in July.

Ed is back with his second offering, ‘Barrel of Laughs and the Odd Rant’, which he describes as a humorous look at everyday life of a “chain smoking, politically incorrect, modern Dub”.

“I started this book around four or five years ago but only got a few chapters written”, Ed told The Echo.

“However, releasing ‘Ultimate Fight Chat’, which achieved a lot more than I expected, gave me the motivation to finish it and now it’s available on Amazon.”

He added: “I think today we all take life so seriously and my goal with this book is to get people laughing and smiling and to stop taking life and issues so seriously.

“I’ve taken ten everyday topics that people can relate to, such as social media, working in retail, fatherhood and relationships, and taken a modern day man’s look at them.

“I’m not trying to make money on this book, I just hope it’s successful in making people laugh.”

Putting yourself out there as a writer take courage and dedication, with Ed believing that self-publishing provides new writers with the first steps in being heard.

I have loads and loads of ideas and have always been into writing – and writing anything from stories to movies to songs.

“It’s definitely not easy getting your work published but I think self-publishing online allows writers to get their foot on the ladder – alongside giving them a voice and the chance to express themselves.

“I was never great in school but now have two book available to download from Amazon, if I can do it, anyone can.”

‘Barrel of Laughs and the Odd Rant’ is now available to buy on Amazon for €1.99.

For further information visit the ‘Barrel of Laughs and the Odd Rant’ Facebook page.