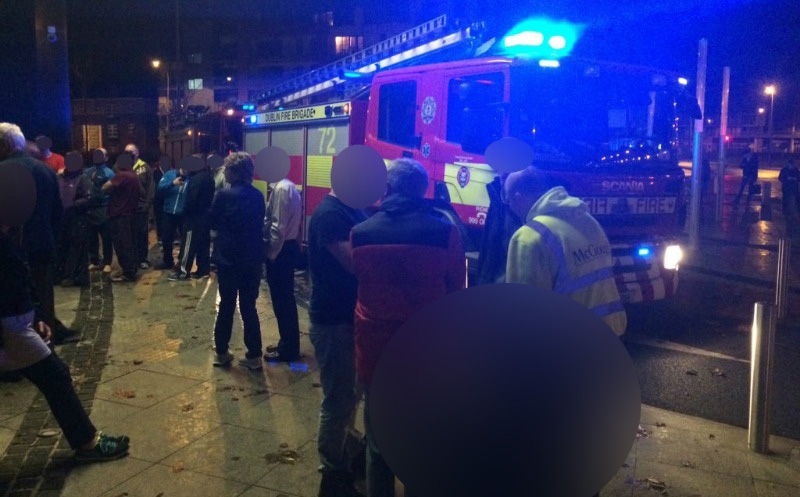 Guests evacuated after fire breaks out at Tallaght hotel

Guests staying in the Maldron Hotel in Tallaght were evacuated for a period of time in the early hours of Thursday morning after a fire broke out in the underground car park.

Two units from Tallaght fire station tended to the fire which occurred shortly after 1am, with the smoke alarms alerting those who were staying in the hotel.

The scene as guests wait outside the hotel

Speaking to Echo.ie, management from the Maldron in Tallaght said the electrical fire was quickly dealt with, and that guests were allowed to return to their rooms a short time later.

One guest who was staying in the hotel told Echo.ie he could smell plastic burning as he made his way outside.

The guest said: “It was shortly after 1am when the fire alarm sounded.

“When I left my room there was a strong smell of plastic burning. All guests were evacuated to the front of the hotel outside.

“There were a number of children in their pyjamas.

“When the fire brigade arrived they were very efficient in dealing with the situation and allowing guests to return to bed.”