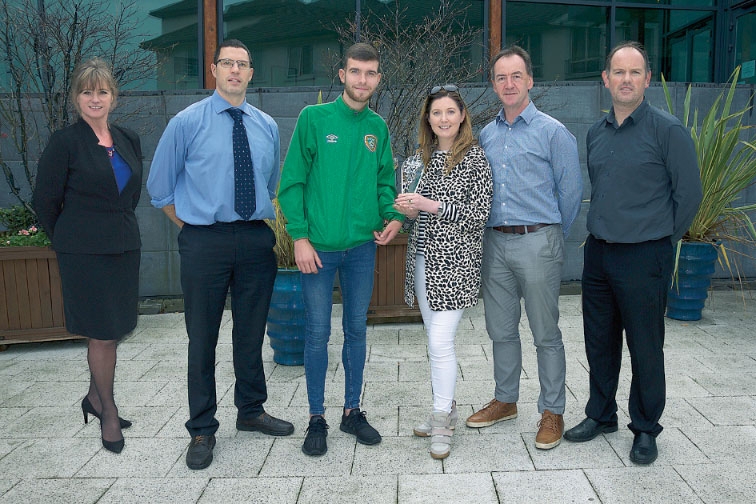 DILLON Sheridan was by far the star performer for Ireland in their sixth place finish at the CP World Soccer Championships in Argentina last month.

The Ballyfermot man scooped the Golden Boot award after firing home ten goals for his country in this event which saw them barely miss out on fifth place after two goals in as many minutes resulted in the USA pipping them 3-2 in the play-off.

Still it was Ireland’s best ever finish on this stage and one that delighted Ireland head Coach Paul Breen who said “I am immensely proud of this group of players and how they have performed in the tournament overall and I know they have done their country, family, friends and clubs proud.”

Following a 3-3 draw with Canada in their opening group match, Ireland suffered a heavy 5-0 defeat at the hands of the mighty Brazil, but bounced back with a 7-0 demolition of Spain to secure their place in the quarter final.

There they lost out to Russia forcing them into the 5th-9th place play-off section where they came up against the Netherlands.

Sheridan accounted  for all but one of their goals in a 5-1 rout of the Dutch that  led to a meeting with the USA.