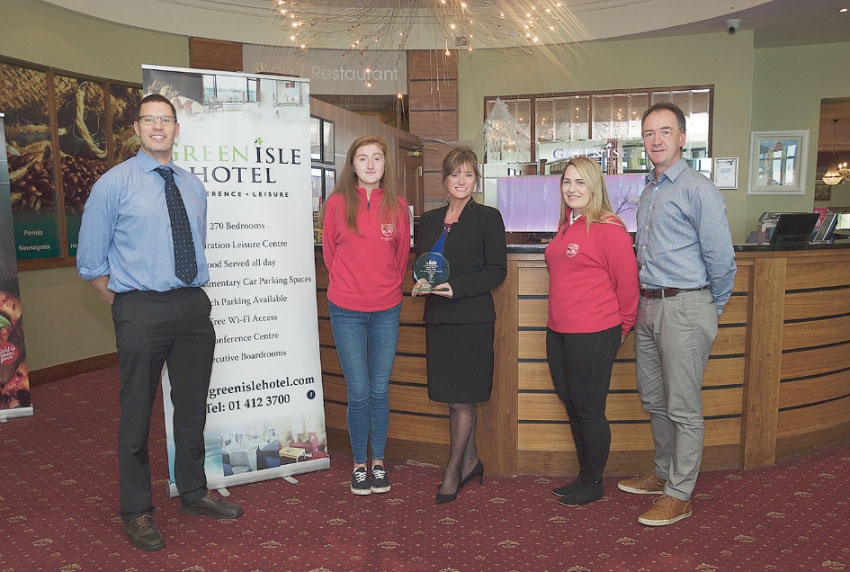 BELGARD’S Lorraine Walsh struck up a phenomenal partnership with Siobhan Behan that propelled them all the way to the prestigious Coronation Foursomes Cup in St Andrew’s.

Their 41-point tally was enough to see them top the handicap stableford foursomes division by a solitary point ahead of closest rival’s Susan Thom and Joyce Woollon of Hayston Golf Club.

More than 25,000 competitors representing 2,000 clubs in England, Ireland, Scotland and Wales entered the competi-tion and participated in local and regional qualifying events culminating in 16 teams reaching the Grand Final.

For Walsh, this was a stunning achievement given that she had joined the CGI ‘Get Into Golf’ Programme in Killeen only back in 2015.

Yet in the two years that she has been playing, she has seen her handicap drop from 36 to 23.

Victory in the area finals of the Coronation Cup in Killeen back in July resulted in her and Behan representing their club in The Grand Final in St Andrews.

As winners of the Coronation Foursomes, Walsh and Behan received a place in next year’s Ricoh Women’s British Open pro-am at Royal Lytham and St Anne’s Golf Club.