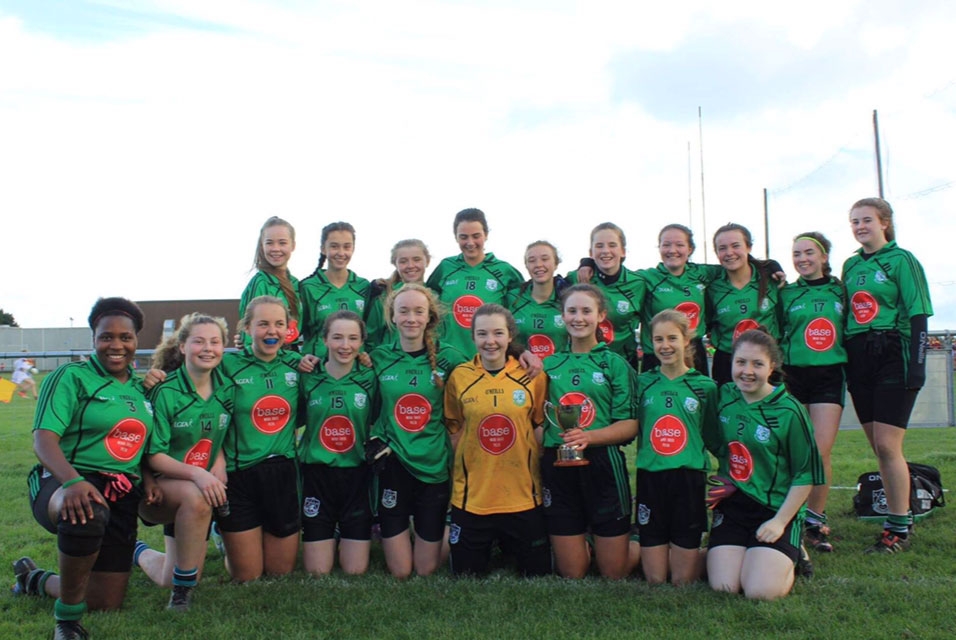 FOR the third year in succession, Lucan Sarsfields Under 15 Girls  Football team have recorded a league and championship double.

Under the guidance of mentors Billy Egan, Glen Maguire and Aidan Coffey, the 12th Lock side captured the Division One Championship crown following a 2-7 to 0-4 triumph over St Finian’s in St Maur’s on Saturday.

They inflicted the bulk of the damage on their northside opponents throughout the first half, Abby Shiels, Caitlin Maguire and Aoife Coffey firing over some early points.

Finian’s did step up a gear after that and enjoyed a dominant 10-minute spell, but, crucially, failed to get on the scoreboard, thanks in no small measure to the efforts of the full back line of Rebecca Flanagan, Iso Aikonbrae and Allie Dunne as well as goalkeeper Ellie Larkin who pulled off a tremendous reflex save.

Having pressed for a good chunk of the first half, Finian’s were dealt another blow before the break when Aoife Seery applied the finishing touch to a great team move by rifling the ball to the the net.

Half back Aoife Whelan cleared the ball as far as Maguire in midfielder, before it was then fed to Roisin Egan.

She played a one-two with Faye Murphy who popped the ball over the final defender and into the path of Seery and she let fly to the target.

Finian’s did manage to open their account after the break, registering the first two points of the second half.

Yet the half back line of Aisling Kavanagh, Ellen Dunphy and Aoife Whelan, worked hard to choke off much of the Finian’s attack before Alannah Cassells put Lucan out of reach with a goal and point while Mia Dunne and Shiels also struck over.